Top 20 Largest Stadiums In Africa and Their Sitting Capacity 2022 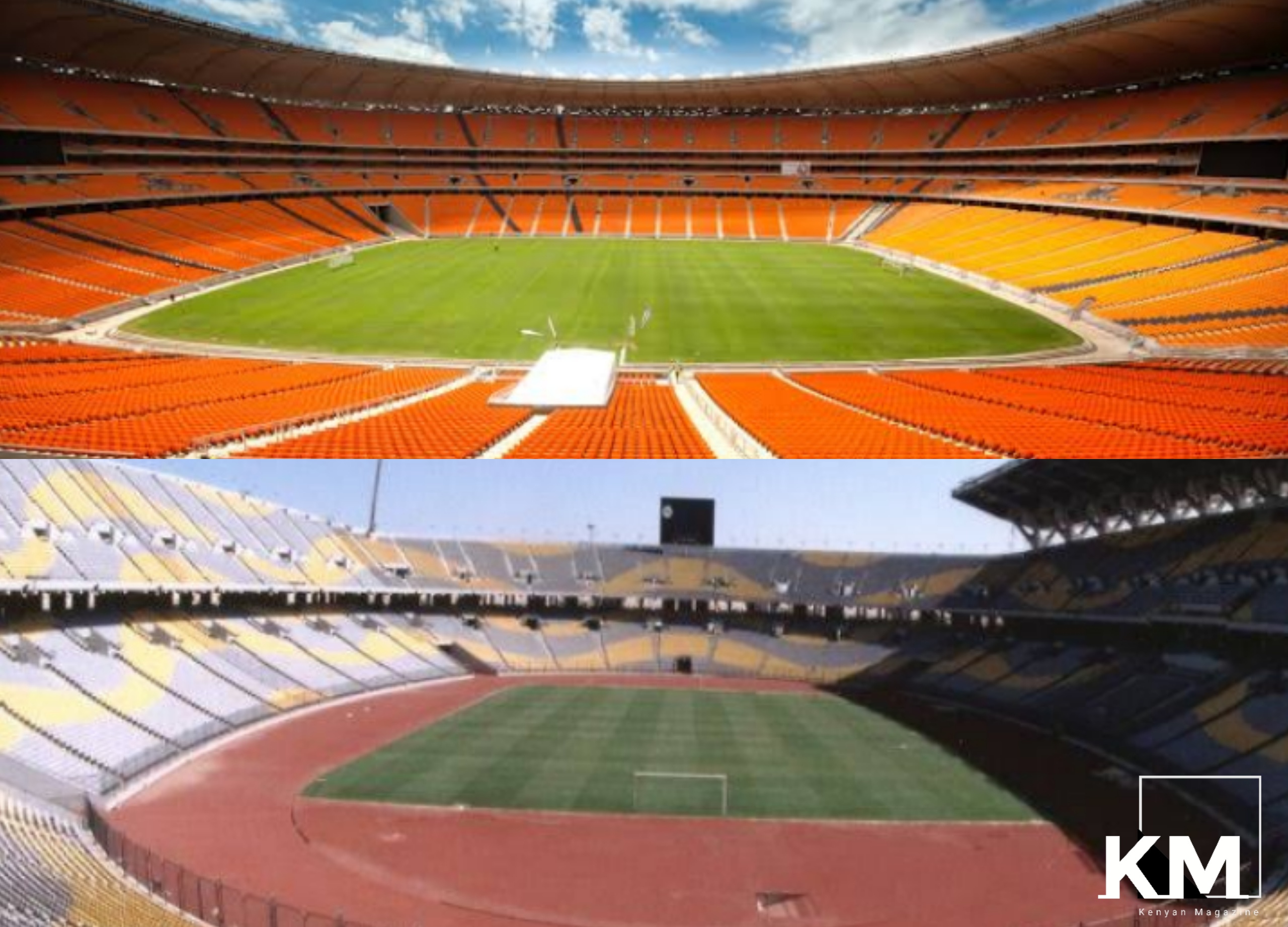 African Stadiums are among the world’s most popular and spectacular football Stadiums for different reasons.

With respect to each African stadium sitting capacity as of today, here are the top 20 Africa’s biggest Stadiums today.

A stadium (plural stadiums or stadia), is a place or venue for mostly outdoor sports, concerts, or other events and consists of a field or stage either partly or completely surrounded by a tiered structure designed to allow spectators to stand or sit and view the event.

The oldest known stadium in the entire world is the Stadium at Olympia in Greece, where the ancient Olympic Games were held from 776 BC.

The Rungrado May Day Stadium is the largest stadium in the world. Its official crowd capacity is 150,000, though it is thought that the actual capacity of the venue is closer to 114,000, which still makes it the world’s biggest stadium by capacity.

This technically means that South Africa has Africa’s largest stadium.

With that being said, here are Africa’s largest Stadiums by their sitting capacity and the countries they are located.

Democratic Republic of the Congo

Republic of the Congo