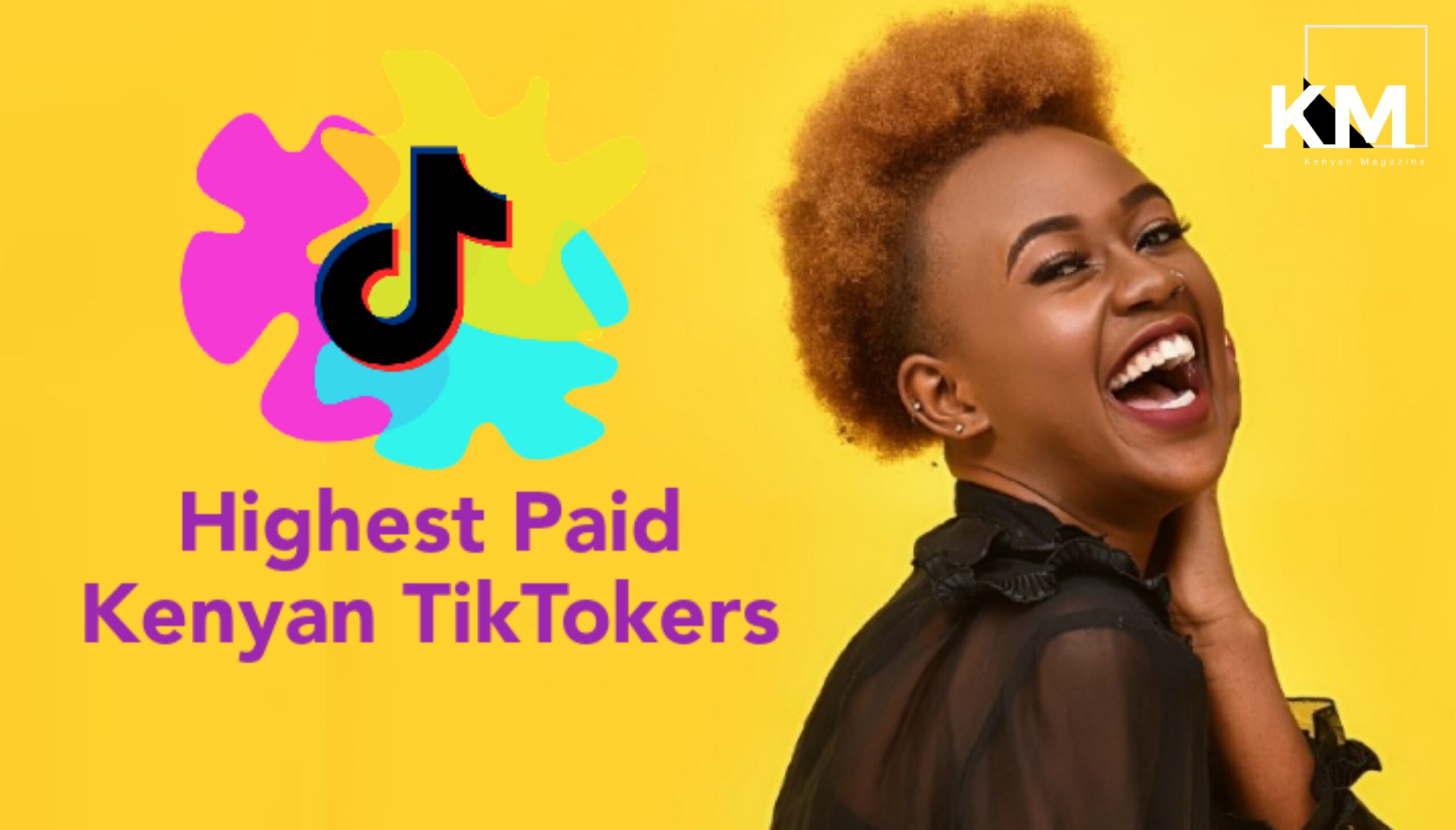 Who is the highest paid tiktoker in kenya?.

Here is the list of all the top paid Kenyan TikTokers who make a lot of money on the platform as of this year.

In Kenya today, TikTok has become one of the most used social media platform among the Kenyan youths, beating Instagram at some point.

The App originally started in China and it is owned by a huge Chinese tech giant called Bytedance.

As of this year, TikTok currently has over 900 Million active users worldwide.

That is more active users than Twitter, Linkedin, and Snapchat, the app also has over 2 billion downloads on the App Store and Google Play.

A few years after Tiktok was launched, it was named The World’s Most Valuable Start-up with a valuation of over $ 80 Billion.

Kenyans love Tiktok and many enjoy being on the app scrolling down videos or creating content themselves.

To prove that, the average TikTok user spends more than 50 minutes per day on the app, 34% actively post videos every day.

One of the reasons why Tiktok is very popular in Kenya is because of the localized content on the App.

Did you know that TikTok has made many people filthy rich?.

TikTok has changed so many people’s lives in so many ways, money & fame being the main ones.

If you want to know how to make money on TikTok in Kenya Today, check out this step by step guide on how Kenyans can be able to generate revenue from the Tiktok app.

With that being said, here are the TikTokers in the country who make money from the popular app.

Globally, below is the list of the top 10 Highest Paid TikTok Stars.

Highest Paid TikTokers In The World:

TikTok’s Highest-Paid Stars worldwide are as listed above, they all have millions of followers and billions of likes on the app.

Now in Kenya, who are the richest Kenyan TikTokers that make unbelievable amounts of money from the app?.

Here are Kenya’s highest paid TikTokers as of this year.

(Ranked In No Particular Order)

Azziad who is actually one of the most popular Kenyan Tiktok star makes the highest amount of money in Kenya from TikTok, as an influencer.

She apparently makes almost Ksh. 500,000 from sponsorships and paid promotions.

Gideon (Mr Mbilimbili) Musau is one of the few TikTokers in Kenya who make money from the app.

The Tiktok star once said that he earns an average of Ksh. 400,000 monthly from all the sponsorship deals and campaigns that he gets.

One of the best Kenyan TikTokers Ajib is also among the top influencers of TikTok who make a ton of money by using the app and posting engaging videos.

Also Read:  Top 10 Highest Paid WWE Wrestlers In The World and Their Income 2022

She is said to make an average of around Ksh. 100,000 from TikTok campaigns.

Alma, one of the most popular TikTokers in Kenya today is also among the top highest paid Tiktok stars in the country as of this year.

Cindy is definitely not left behind when it comes to the highest paid TikTokers in Kenya.

Moya David is one of the best and most talented tiktok dancers in the country today.

The numbers of Kenyans on TikTok are always growing and this is not the final list of the highest earning TikTokers in Kenya.

We will keep updating the article as we verify other high earning TIKTOK Stars in the country.