Top 10 Largest Crowds At A Concert In History Till 2022 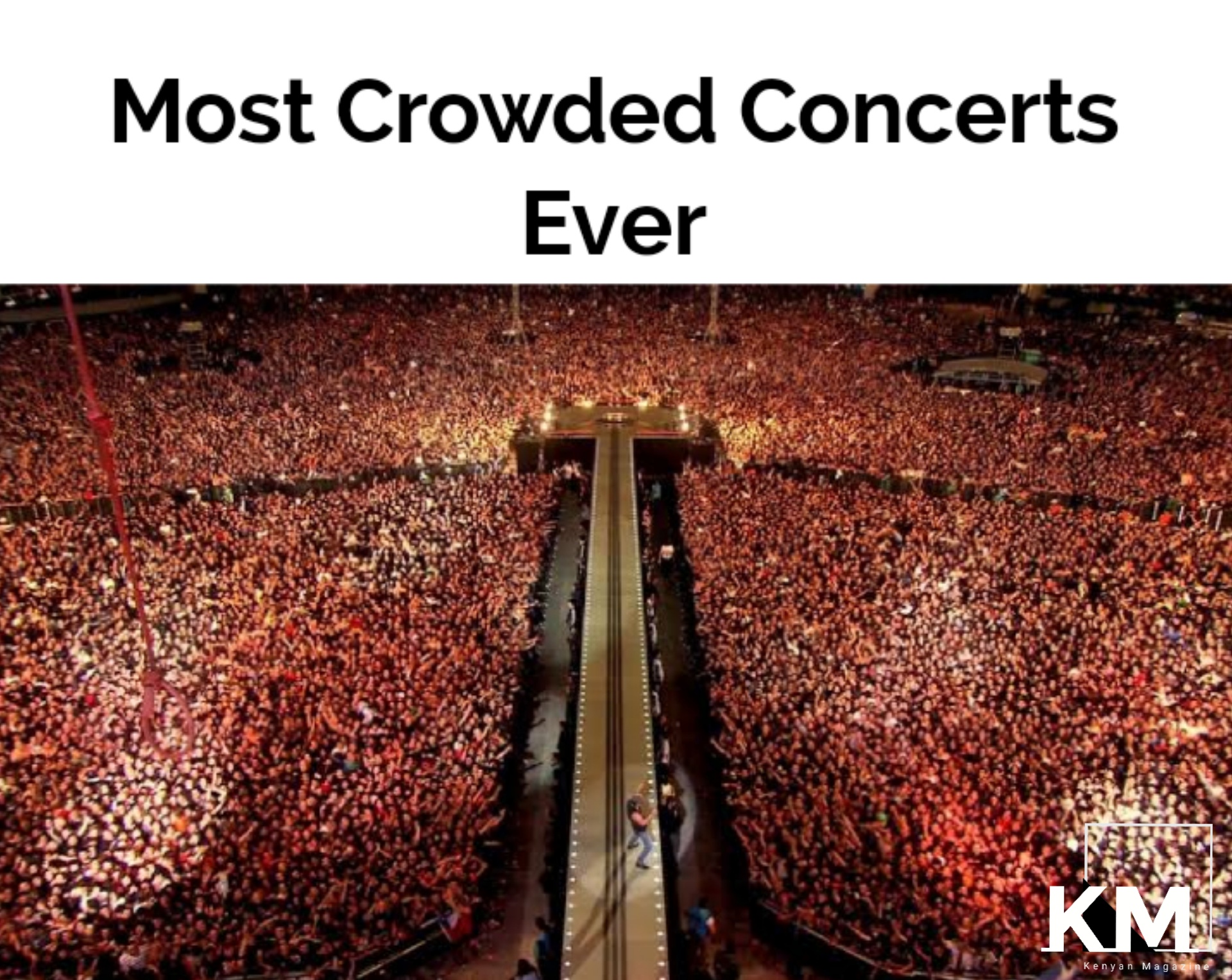 Ever wondered what are the most crowded concerts in the world, or rather which concert in history has the highest number of audience till date?.

In this article, we have ranked below the top 10 concerts that happened in the world today which have never been beaten till today by how many people attended the events.

What do you mean by concert?

A concert is basically a public performance, (as of music or dancing) .

Concerts are also referred to as or known by other names such as a Show, a Gig etc.

Concerts are a bonding experience, and can bring people of different cultures and backgrounds together peacefully.

No matter where you come from, once you walk through those venue doors everyone surrounding you is there for the same reason. Even at a sold out show, the feeling of connection is overwhelming.

With certain concerts attracting millions of people who actually attended the events.

Here are the world’s most visited concerts and their number of attendees that particular day and time.

As of today, the Rod Stewart’s Concert which had 3.54 Million People in attendance is currently the world’s most crowded concert in history.

Below are the most populated concert in the world ranked with respect to how many people were there during the Live event.

Most Crowded Concerts In The World:

Also Read:  Top 10 Most Expensive Cars In Ghana and Their Prices 2022
Place this code at the end of your tag:
Subscribe To Our YouTube Channel