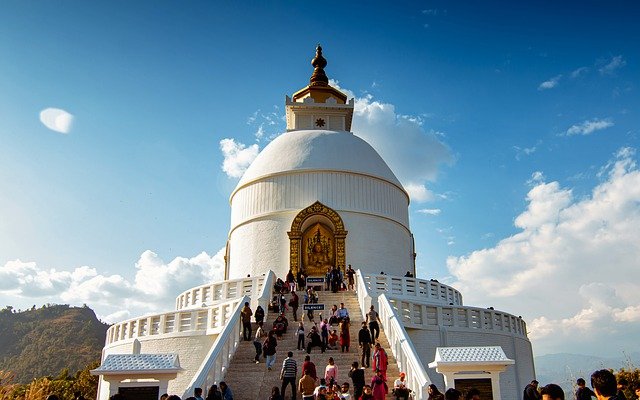 The world has almost uncountable temples, but which are the top richest temples?.

Here is a list of the world’s richest and most wealthy Temples.

Calculated by their daily visitors, donations, ornaments, net worth, deposits among other factors.

If you are looking for the wealthiest temples in the world, today.

In this article, we have provided you with a list of the 10 most wealthy temples in the world.

Before looking at the richest temples in the world, what exactly is a temple?.

A temple (from the Latin word templum) is a building reserved for religious or spiritual rituals and activities such as prayer and sacrifice.

The term typically used for such buildings belonging to all faiths where a more specific term such as church, mosque or synagogue is not generally used in English.

With that being said, below is the list of ten, of the richest temples in the world.

Richest Temples In The World:

The Hindu temple is highly dedicated to Lord Vishnu.

Sree Padmanabhaswamy temple is the richest temple in India and the entire world at large.

It is also believed that the Lord Vishnu’s idol was found there.

As of today, the Sree Padmanabhaswamy Temple receives around 50,000 visitors every single day and a 1 lakh crore rupees of worth treasures.

The temple is one of the best designed temples with amazing architecture style that makes the temple stand out from the rest.

Tirupati Venkateshwara Temple is another highly recognized temple in the world.

Also Read:  Top 10 Richest Churches in the World 2022 Ranked by Net Worth

The Indian temple located at the Tirupati Hills is also referred to as the Temple Of Seven Hills basically because of its location.

Tirupati Venkateshwara Temple is among the richest temples in the world with about 60,000 pilgrims visits every day.

The temple receives gold and other valuable ornaments from people who visit the temple daily.

It gets around 650 crore in donations every year and it is said to have more than 60,000 crore rupees of worth treasures.

Shirdi Sai baba Temple, Shirdi, Maharashtra is another popular temple in India and the world.

Shirdi Sai baba Temple gets nothing less than 20,000 pilgrims visitors per day.

The temple is one of the most wealthy temples to ever exist with billions worth of ornaments and pure gold.

The Puri Jagannath Temple, (Puri, Orissa) dedicated to Lord Jagannath, which means “The Lord of the Universe” is one of the richest Hindu temples in India and the world.

The temple is in possession of ornaments, gold, jewelry and diamonds worth billions making it one of the top wealthiest temple in the world.

Puri Jagannath Temple is also known for its annual Rath Yatra or Chariot Festival in India and considered one of the holiest Hindu Char Dham.

Siddhivinayak Temple in Mumbai, Maharashtra receives donations of around Rupees 150 million every year which makes it one of the richest temples.

Siddhivinayak Temple attracts a lot of highly influential people in the country of India who come to seek blessings from Siddhi Vinayak, the Ganesh who is believed to be able to grant all your wishes, and make them a reality.

Also Read:  Top 15 Richest Rappers In The World and Their Net Worth 2022

In Mumbai, it is the richest temple in the city and one of the top wealthiest temples in the world.

Vaishno Devi Temple receives thousands of visitors every day and also gets gold, jewelry and diamonds every day from people which makes it one of the wealthiest temples in India.

The temple is among the most recognized and highly respected place of worship.

Somnath Temple (Saurashtra, Gujarat) is one of the twelve Jyotirlinga shrines of the God Shiva, which means The Protector Of The Moon God.

The temple receives thousands of devotees visitors every day and it also receives ornaments from people daily making it one of the wealthiest temples in India and the entire world at large.

The temple has a well designed interior with amazing scenery when outside the temple.

The Meenakshi Temple is with no doubt one of the richest temples in the world with an estimated 30,000 sculptures in the temple.

The temple attracts over 15,000 dedicated visitors every single day with a huge spike on Fridays.

The Temple is dedicated to Goddess Parvati known as Meenakshi Amman.

The Meenakshi Temple is popular for its festivals such as the Meenakshi Thirukalyanam, (The Divine Marriage Of Meenakshi).

The Golden Temple AKA the Harmandir Sahib or the Darbar Sahib located in the city of Amritsar, Punjab, India, is one of the richest and largest temples in India with a global recognition.

The Temple has Holy Water or Amrit that attracts more people. Close to 35,000 devotees visit the temple every day.

Also Read:  Top 10 Richest Cricketers In India and Their Net Worth 2022

The temple gets the name Golden Temple from the upper floors of the Gurdwara which is covered with gold.

The Hindu temple is one of the twelve Jyotirlingas, the holiest of Shiva temples.

The popular temple in India is one of the most wealthy temples in India.

Those are the richest and the most recognized temples in the world.

NB: The “Richness” of these temples is highly determined by many different factors that can change the initial value (networth) of a particular temple.