I Am The Queen Telenovela: Full Cast, Actors Real Names, Episodes and Storyline 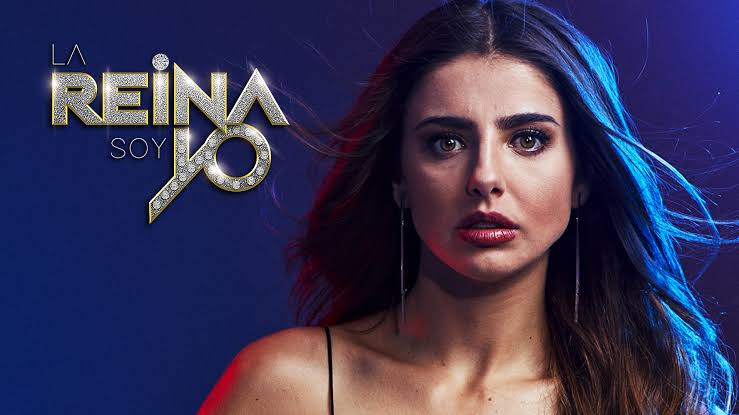 Here are all the actors and episodes of I’m The Queen soap opera (La reina soy yo).

The telenovela is a Mexican soap opera which is translated to English from its original language which is Spanish.

I’m The Queen Soap Opera which is originally known as La Reina Soy Yo has a total of 82 amazing and plot twisted episodes.

The Telenovela has one season as of this year and it was officially released in 2019.

Below is the list of all the Actors and Actresses (cast) who have been featured in the TV Series, including their real names and their stage names in the series.

I Am The Queen (La reina soy yo) Actors and Actresses:

Here are all the episodes of La Reina Soy Yo (I’m The Queen), it’s storyline written from episode one to the last episode (final episode).

To make this article, short and sweet, we have included only the most important part of each episodes per chapter or scene.

The storyline of I’m the queen Mexican soap opera is as follows.

In the first episode, Yamelí is about to complete her sentence in a US jail and she’s getting ready to take revenge on Charly for betraying her.

Monchis, Charly’s uncle, orders to kill Yamelí and the DEA gives her a new identity so that she can get close to him. 17 years before, after the death of her parents, Yamelí tries to fulfill her dream with the support of Juanjo and Charly, but the presence of Monchis in the neighborhood threatens to change their lives.

Yamelí is forced to plead guilty in exchange for saving her grandmother’s life.

Charly presents the demo of Yamelí’s song as his own and the producer offers him a contract with his label.

Monchis makes it clear to Erick that he will not allow him to be a singer, but he looks for a way to return to the singing ring.

Charly releases a new song without knowing that it was Yamelí who wrote it. Yamelí meets Erick while searching for new talent in the musical ring.

Charly accepts that Monchis use the recording studio to launder money.

Juanjo refuses to work with Charly and to pressure him he has his entire equipment stolen.

Erick starts the search for his real parents and Monchis tells him that his mother is dead.

Yamelí filters an intimate video of Charly with Zaria and Diana has to go out and defend his career. Erick receives an anonymous letter asking him for money in exchange for information about his parents.

Charly makes his audience believe that he has a problem with alcohol. Yamelí proposes to Juanjo to set up a recording studio and launch Erick as their first talent.

Yamelí approaches Vanessa to support her in her family problems. Erick discovers that his mother’s name was Yamelí.

Erick starts looking for information about Yamelí in the neighborhood. Charly finds a microphone inside his office and Yamelí has to divert suspicion.

Vanessa gives Erick the money he needs to discover the truth about his parents.

Toño kills Carrancho before he gives Erick information about his parents. Monchis imposes his will and abuses Ligia.

Vanessa gets in a car accident for driving drugged. To avoid being discovered, Yamelí makes Charly believe that she admires him.

Yamelí takes advantage of the consequences of Vanessa’s accident to put Silvana’s parents against Charly.

Rizzo asks Yamelí to manipulate Erick to reconcile with Monchis. Yamelí gives Erick a cell phone tapped by the DEA.

Yamelí that he is willing to support her in her mission to destroy Charly. Yamelí gets in touch with Zaria to offer her an alliance. Charly confronts Alberto for Vanessa being semi-nude.

Juanjo organizes a party at his bar to celebrate Erick’s success. Zaria broadcasts an interview with Alberto to unmask Charly.

Charly despises Erick and decides not to support him with his music. Monchis mobilizes his people to discover where Erick lives.

Monchis discovers that Rizzo and Lari are agents of the DEA.

Lidia makes Monchis see all his defects as a husband and he confesses the truth about Adalberto’s death.

Lidia and Erick attend the funeral of Monchis. Just before getting married, Juanjo tells Wendy that Yamelí is alive.

Erick gives Vanessa money to help her, but is upset to see that she lives with Ruco. Yamelí gives Diana the contact of a detective to investigate Charly. Juanjo and Yamelí prepare Erick and Charly’s concert.

Yamelí and Juanjo manage to get Erick to close the concert even though Charly tried to sabotage his last song. Charly blames Juanjo for having wanted to damage his presentation. Yamelí’s investigator discovers Charly on a date with Carolina.

Ruco tries to force Vanessa to return with him, but Sergio defends her.

Restrepo confesses to Toño that Diana was the one who hired him to follow Charly.

Charly gets violent with Diana when he discovers she’s dating Javier.

Zaria makes Lari’s confession public, but Vanessa doesn’t believe in her words. Juanjo gives Contreras the information he has about Toño.

Sergio confesses to Vanessa that Yamelí is hiding in his house and she gives her away.

Erick is jealous to see Irma and Charly kissing, she feels controlled by Erick and breaks up with him.

Axel is disappointed to hear how Charly modified his song. Yamelí decides to reveal her true identity to Charly.

Yamelí confesses to Erick her past and reveals that she is his mother. Yamelí and Erick decide to tell Lidia the truth about their origin.

Yamelí gives Zaria the audio where Charly threatens Diana so she can upload it to the internet. Juanjo reaffirms his love for Yamelí and decides to leave Wendy.

Vanessa decides to deliver Diana’s cell phone and the gun to Contreras to find out if Charly is really guilty of Marlene’s death.

In the last episode of I’m the queen telenovela, Yamelí will have the opportunity to end her revenge and threaten to kill Charly.