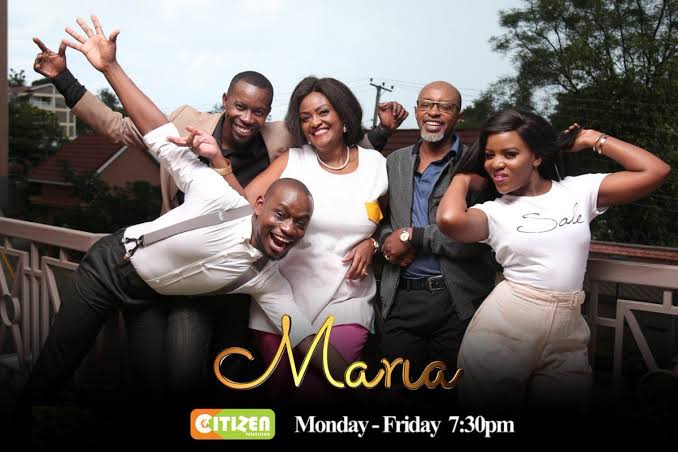 Have you been watching Maria on Citizen TV and now all you know is the actors name, like Maria, Victor, Luwi, Boss William, Venessa, Victoria, and many more.

But before we get into that, here are a couple of things you need to know about the Maria series.

As most people know, Maria is a Citizen TV drama series that airs on the screens five days of the week from Monday to Friday.

In case you missed any of the series episodes during the week. Don’t worry, Citizen TV has done you a huge favor by making the already aired episodes accessible to you again.

Now these are the repeat episodes of Maria that were aired the previous week.

The repeated episodes will be aired again for those of you who missed it, every Sunday afternoon at 2:00 PM. (East African Time).

For the love of the series, here is a little PLOT SUMMARY AND SYNOPSIS for you, so you are never left out while watching the drama on TV, or incase you started watching recently/late

Maria Series – the series drama is about the love drama of a last-born son of a rich family, (Luwi).

The last born son, (Luwi) falls in love with an adopted girl from the ghetto, (Maria). His love to the girl (Maria) leads him to ignoring his legally wedded wife, (Sofia).

The love story of how he abandons almost everything he had just to be with a girl from the streets who is an orphan, makes the series uniquely irresistible to watch, and follow through.

As you can tell from the little synopsis above, the lead actors and actresses in the drama are Maria, Luwi and Sophia.

But these are their acting “stage” names, below is a table that shows the full cast of Maria Series actors real name.

Here are the real names of the actors of Citizen TV Maria drama.