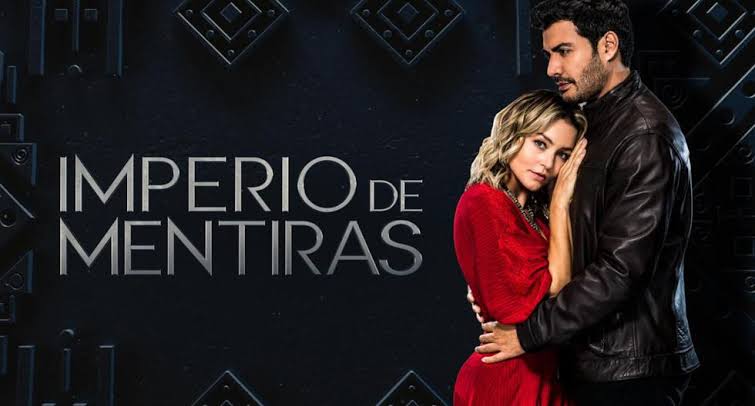 Imperio De Mentiras (Empire Of Lies) novella is a Mexican telenovela that has recently kicked off on Citizen TV on the 19th of April, 2021 starting from 8:00PM to 9:00PM (East Africa Time).

The TV series has already grabbed a lot of attention from Citizen TV viewers.

Empire Of Lies TV series has featured some of the most renowned actors in the world.

Empire Of Lies soap has been dubbed to English from Spanish (a Mexican Language), it was released on the 14th of September 2020 but started airing on Citizen TV on the 19th of April this year.

The Television series, Empire Of Lies has exactly 92 episodes in total, all the episodes of Empire Of Lies TV Show are going to be aired on Citizen TV until the last one.

Imperio De Mentiras known in English as Empire of Lies was written by Leonardo Benchini and Maria Elena. The Telenovela was directed by Walter Doehner and Juan Pablo Blanco.

Empire Of Lies Citizen TV Soap has Angelique Boyer, Andrés Palacios and Alejandro Camacho as the starring of the show.

Below are the episodes of Empire Of Lies written from the first episode going down.

To make this article short and sweet, we have written a comprehensive summary of all the episodes and the story of Empire Of Lies starting from the first episode to the last episode.

In the first episode of Empire Of Lies we meet Augusto Cantu who is the daughter of Elisa. Leonardo gets engaged to his girlfriend Julia who is pregnant.

Augusto and Julia die in a car and Dario threatens to kill Elisa.

Elisa ask Fernanda to tell her the truth about her dad’s business. Leonardo discovers Elisa is involved in the trafficking of pre-hispanic art and that Julia’s death was a montage

Sonia discovers Leonardo’s lie. After the kidnappers call, Elisa looks for a way of getting the million dollars they asked for to save Maria Jose.

Dario discovers he is being betrayed by his former employee.

Elisa asks Leonardo to escape together and he agrees, they both have a good romantic date together.

Elisa does not believe that Marcelo is her father’s murderer. Augusto takes revange against Sonia.

Elisa asks her mother to stay out of her life completely. Elisa discovers that her mother authorized Renata to have an abortion. Leonardo finds out that Marcelo committed suicide but still believes that he was murdered.

One day Leonardo meets up with Elisa and let her know that it is best to leave her free, (to let her go for good), since Fabricio does not separate from her.

Then Renata will discover that Marcelo is dead. Leonardo aks Clara to help him do justice.

Leonardo and Elisa get back together, Dario comes to rob the gallery. Victoria agrees to marry Eugenio.

Leonardo gives Elisa a ring and they both promise to be there for each other.

Elisa will get arrested and transferred to a prison, but she asks Leonardo not to get in any more trouble because of her, Leonardo promises to get her out of jail.

After knowing that Maria José is pregnant, Elisa accepts Cristian’s deal and separates from Leonardo to prevent her younger sister from going to jail.

There will be a shooting, Maria José will be seriously injured in the fatal shooting, and she will lose her baby, Jose swears to take revange.

Eugenio finds out that Sonia’s son is actually his son. Elisa confesses to Leonardo that Eugenio took Sonia’s baby and gave him to Renata.

In the last episode, Renata confesses to Elisa and Leonardo that she is the one who killed her father (Elisa’s father) and that she is willing to serve her sentence in prison.

Dario gets a bullet shot at him during a strangle with Eugenio. Dario swears to Maria José that he will love her forever. Victoria confesses that she is the murderer of Augusto and Julia.

Six months later, Leonardo and Elisa will get married in a colorful wedding.

Empire Of Lies which airs on your screens at 8:00PM East Africa Time, has a list of talented actors and actresses that will definitely make you enjoy the show even more.

Below is a list of actors and actresses who are featured in Empire Of Lies, their roles and their real life names.

Here is a list of all the actors who have acted in the TV series Empire Of Lies Citizen TV including their real names.

Empire Of Lies on Citizen TV Actors and Actresses:

Here are the characters, actors & actresses real names and the role they play in empire of lies.

The following are minor actors and actresses;

The following are Special Guest actors and actresses;

The TV series Empire of lies is expected to not only be one of the most plot twisted TV shows on Citizen TV but also a loved Soap Opera on a national television in Kenya.