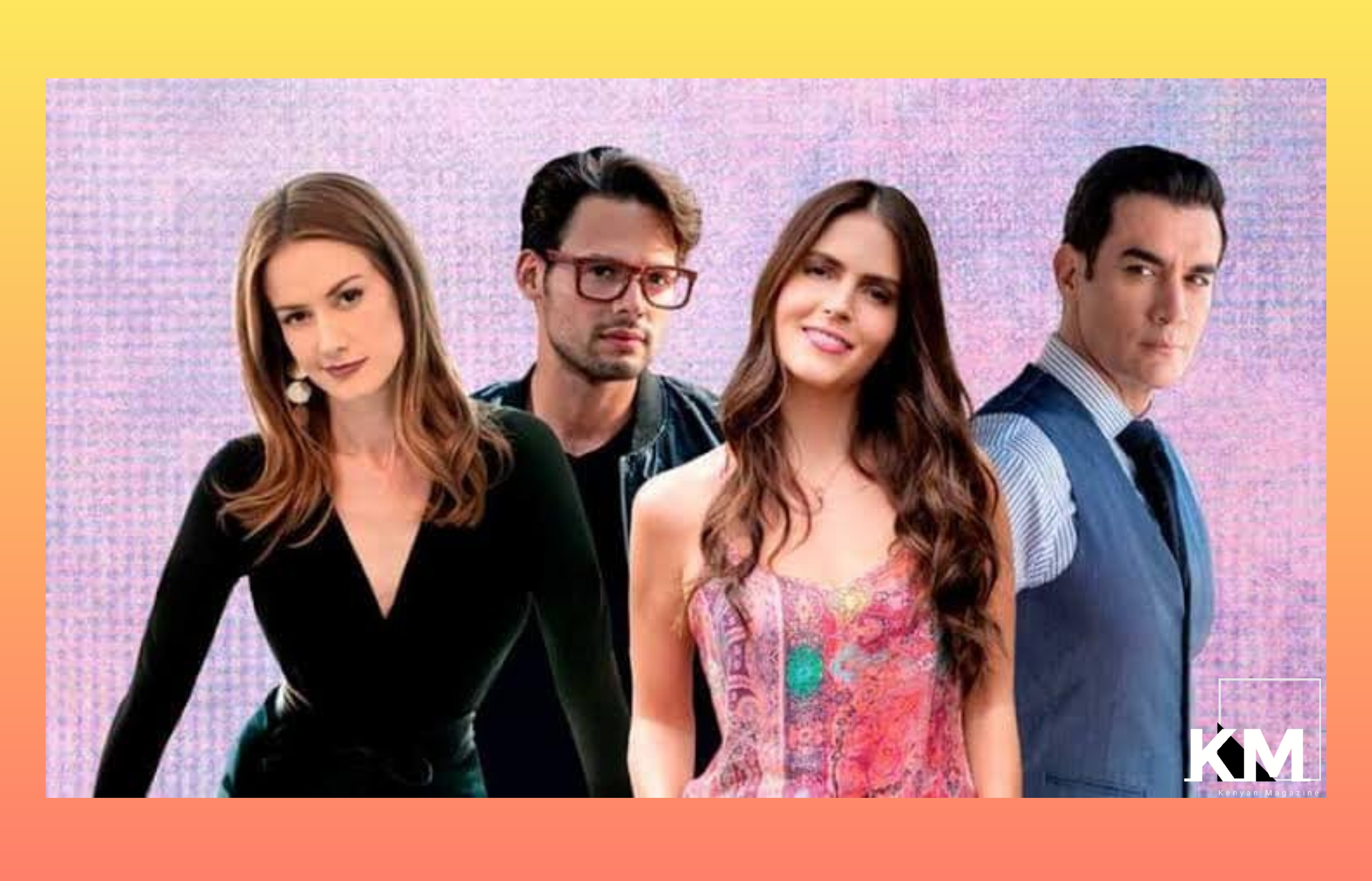 Vencer El desamor (Overcoming Heartbreak) has a sweet, enjoyable, heartbreaking and plot twisted storyline that you will have to follow every single episode to understand.

If you enjoy watching the Telenovela on TV then you will most probably love this article.

Because in this article, we have the list all the actors and actresses of Overcoming Heartbreak Soap, the plot twist of the Telenovela and the full episodes.

In total, Overcoming Heartbreak has a total number of 93 Episodes that will all be aired on Citizen TV until the last episode.

The original language of Overcoming Heartbreak soap opera on Citizen TV is Spanish but it is dubbed in English to make it universally consumable.

The intro song or the theme song of the Telenovela “Vencer el desamor” is sang by the talented Daniela Romo.

Where can I watch Overcoming Heartbreak?.

The Telenovela is available for streaming online.

But in Kenya you can enjoy watching Overcoming Heartbreak soap opera on Citizen TV every single day, just make sure you are home by 8:00 PM (EAT).

Vencer el desamor has a very interesting story filled with passion, love, and most importantly a lot of Heartbroken souls.

The plot is made 4 women, of different ages and social strata, who are forced to live together under the same roof.

At first, the coexistence between them is complicated and tense due to their different visions and ways of facing life, but little by little the sisterhood and solidarity prevail when realizing the peculiar bond that exists between them: each one has suffered, in one or otherwise, the absence and abandonment of their respective partners.

Find the episodes, synopsis of Overcoming Heartbreak Telenovela below from the very first episode to the last episode of the soap opera and find out how it will end.

Here is a short and sweet version of all Vencer El Desamor Telenovela episodes.

In the first episode of Overcoming Heartbreak (“Vencer el desamor”) Ariana learns that her son by the name Tadeo suffers from Asperger’s syndrome.

At the same time, Bárbara suffers from Joaquín’s retirement plans and Dafne gives birth to Santi and Cuauhtémoc buys Gemma.

As the soap continues, in the second episode, Bárbara and her sons suffer the death of Joaquín. Tadeo suffers a crisis at school, Ariadna and Eduardo because of this.

As the soap opera continues, Ariadna, Eduardo and Tadeo move to Bárbara’s house, but she is not happy at all.

Gemma goes to live with Cuauhtémoc. Dafne overcomes her fears and confronts Silvestre, but he kicks her out.

Dafne arrives with a lawyer to demand her inheritance rights and Bárbara could be sued for not accepting that she live in her house.

Gemma suffers from being forced to be intimate with Cuauhtémoc. Ariadna is in danger.

After suffering a kidnapping attempt, Ariadna despairs when she discovers that Eduardo canceled the purchase of her apartment.

Bárbara and Dafne argue over the house then later, Álvaro discovers Olga’s infidelity with Paulo.

Levita complains to Cuauhtémoc for treating Gemma badly and asks him to set her free.

At some point, Martha and Eugenio try to take their grandchildren, but Dafne, Gemma, Ariadna and Bárbara team up to stop them.

As the Telenovela continues, Gemma passes out at school.

Gemma says goodbye to Bárbara and goes with Cuauhtémoc and his family. Álvaro tells Bárbara that Calixto attacked him.

Eduardo tries to prevent Linda from meeting his family. Ariadna confronts Karen for deceiving her.

Bárbara tells Eduardo about the damage he is causing to Tadeo by his absence.

Gemma manages to escape from Cuauhtémoc and Ariadna will help her return to Mexico City. Bárbara flees from Calixto, but suffers a serious accident.

Later in the series, Calixto enters Bárbara’s house, but she confronts him and he ends up seriously injured. Álvaro finds out what happened and asks his mother for an explanation.

Bárbara is afraid of going to jail. Ariadna demands that Bárbara reveal what Calixto is looking for in the house. Álvaro is exonerated of the charges for the collapse of the building.

Gael suspects that Bárbara is hiding something from him and decides to investigate who Rommel is.

La Liendre takes Gael to the prison to meet Rommel. Álvaro and Ariadna can no longer stop what they feel and indulge in passion.

Eduardo will have to pay alimony. Lupe fears that Rommel will take advantage of Gael. Bárbara believes that there is something more between Álvaro and Ariadna.

Álvaro defends Ariadna from Eduardo and Tadeo suffers a crisis. Rommel asks Gael for a favor.

Ariadna attacks Lino believing him to be a rapist. Olga catches Álvaro with Ariadna, so she stalks Ariadna’s phone to find out the truth. Barbara tells Lino about Calixto.

Álvaro agrees to return with Olga so that he can be close to his child. After Gemma decides to tell Dimi the whole truth, he rejects her and hurts her heart.

Bárbara could give herself a second chance at love. Eduardo is increasingly fed up with his relationship with Linda.

Azucena tells the whole truth to Ariadna. Hilda attacks Gemma at school. Álvaro and Paulo join forces to find Olga’s murderer. Ariadna discovers that Lino has lied about his job and confronts him.

Lino uses Álvaro to catch Ariadna, but they both manage to escape from Lino. Bárbara apologizes to everyone for how selfish she was. Eduardo asks his mother for help to escape.

Eduardo is arrested in front of Tadeo and Bárbara suffers for her son. Lino threatens the four Falcón women and decides to take them by force, but Dafne gathers up her courage and ends up stabbing him in self-defense.

In the last episode, the telenovela finale of Overcoming Heartbreak, Gemma arrives at the hospital to see her baby, but the doctor tells her that the baby died.

Lino did not die after being stabbed by Dafne, the judge sentences him to 120 years in prison for all the crimes he committed.

Dafne finally decides to say goodbye to Nestor and together with her two children, she scatters his ashes in the field.

Dafne and Gael get back together. Álvaro asks Ariadna to marry him. Cassandra and Ariadna receive an award for their impeccable work and research.

Ariadna reveals to Álvaro that she is pregnant. Bárbara decides to take a trip alone to Paris. The four Falcón women achieve a sisterhood and find peace and stability thanks to the love of the people around them. That is where the Telenovela Ends

Here are all the amazing characters, actors and actresses that made the Telenovela series possible.

The list below shows Overcoming Heartbreak characters and their real names.