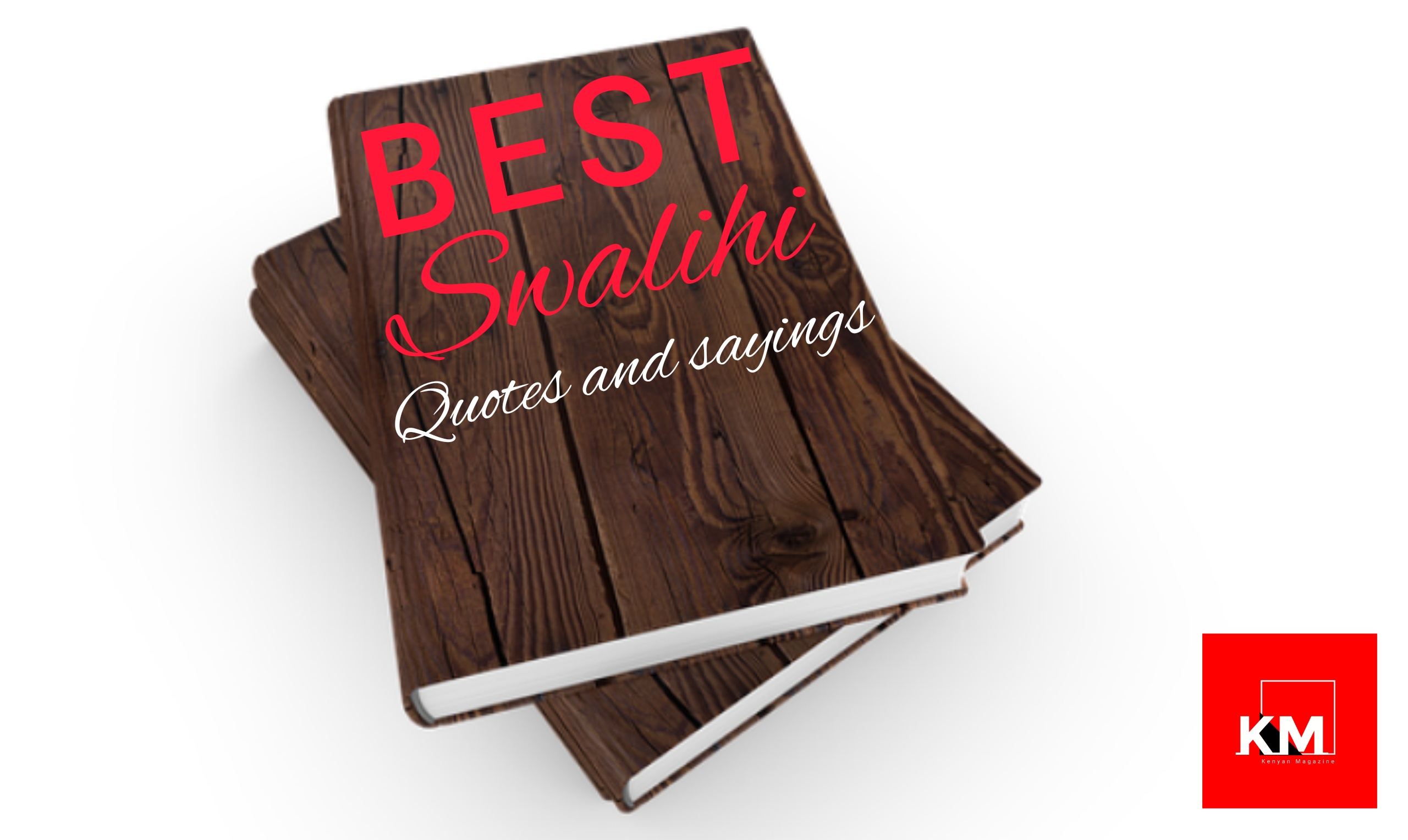 Looking for the best, most motivating, inspiring and educational Swahili Quotes about life?.

Then you are in the right article, these are some of the best Kiswahili quotes and sayings that are inspired by life.

Swahili, also known by its native name Kiswahili, is the native language of the Waswahili who are found along the East African coast and litoral islands.

Did you know that some words especially love quotes sound way sweeter when actually said in Swahili?. That’s right!

Here is the list of the best life sayings and quotes in Swahili and their translation in English.

With that being said, below are quotes, sayings and proverbs in Swahili about life.

Kutoa ni moyo, si utajiri – Donating money is a matter of willingness and not wealth.

Pilipili usozila zakuwashiani? – how can you be burned by a hot pepper that you haven’t eaten?’.

Ukitaka kula nguruwe, chagua aliyeona – if you want to eat a pig, choose a fat one

Heri kujikwa kidole kuliko ulimi – Better to stumble with your toe than with your tongue.

Kutoa ni moyo usambe ni utajiri – Charity is a matter of the heart not of the pocket.

Mfuata nyuki hakosi asali – one who follows bees will never fail to get honey.

Lipitalo hupishwa – That which is passed is allowed to pass.

Jaza ya ihsani ni ihsani – The reward of kindness is kindness.

Asiyefunzwa na mamae hufunzwa na ulimwengu – He who is not taught by his mother, will be taught by the world.

Kila ndege huruka na mbawa zake – Every bird flies with its own wings.

Usipoziba ufa utajenga ukuta – If you don’t seal a crack, you will have to rebuild the whole wall.

Kila mlango na ufunguo wake – Every door has its own key.

Hakuna njia panya ya kwenda mahali pa thamani – There are no shortcuts to any place worth going.

Kila jambo na wakati wake – There is an opportune time for everything.

​​Mwenye kutenda jamala, naye hulipwa jamala – To the person who does kind things, kind things will be done.

Ukupigao ndio ukufunzao – What beats you is what teaches you.

Lisilo budi hutendwa – Whatever should be done has to be done.