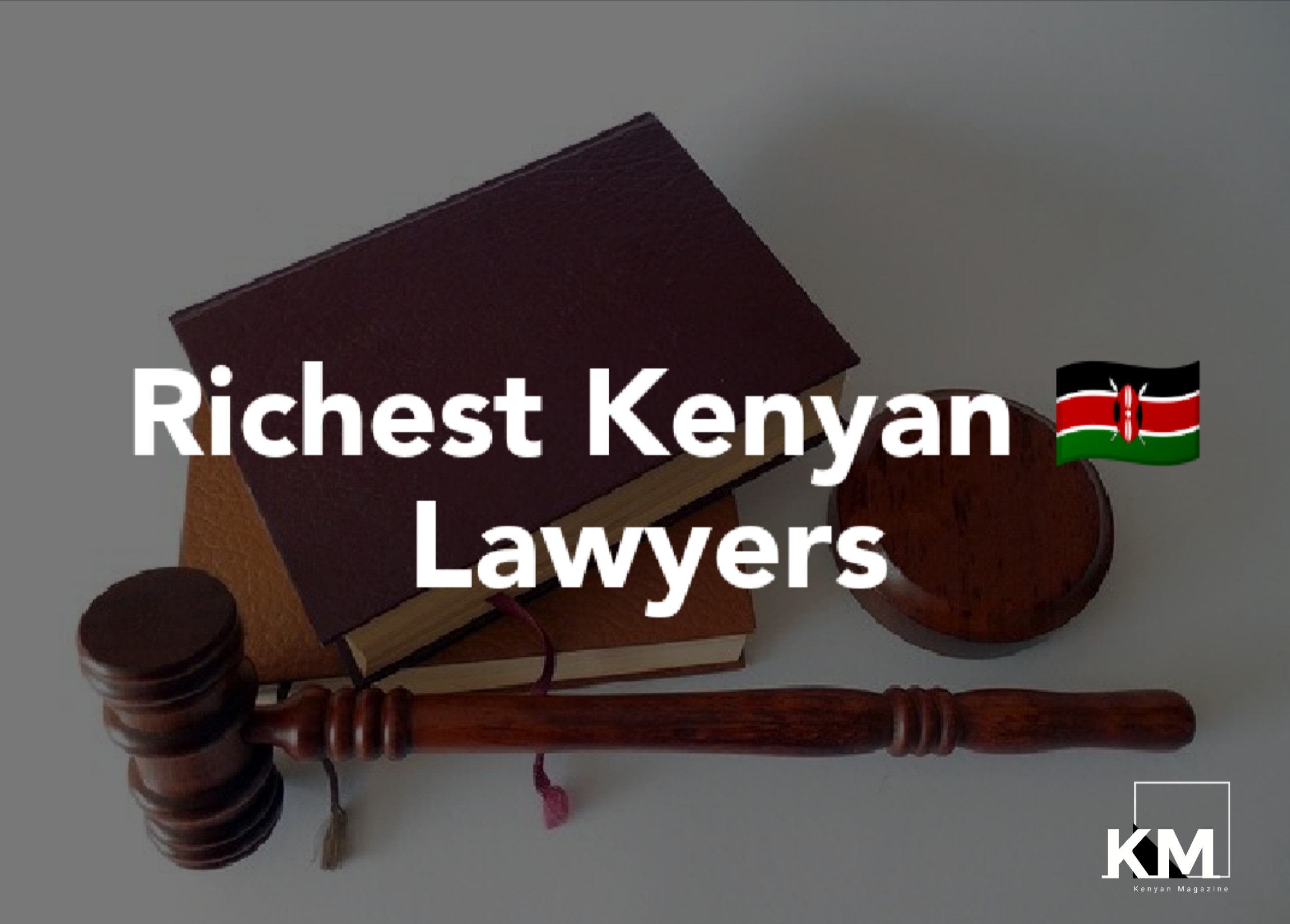 Who is the richest lawyer in Kenya?.

Here is the list of all the top wealthiest Kenyan lawyers as of this year.

Kenya has quite a number of well-known lawyers and attorneys, but in this article, we have only listed and included the extremely wealthy lawyers in Kenya today.

Kenyan lawyers are known to be making millions of Kenyan shillings per case, this money may actually increase if the case was a success (won).

In Kenya, being a lawyer is one of the most highly desired careers by millions of Kenyans.

Currently in Kenya, the salary of a lawyer may be determined by the speciality of the lawyer.

For instance, Kenyan medical lawyers do not earn the same amount of money as corporate lawyers in the country.

To give you an overview of how different lawyers are paid in Kenya, below are some of the top highest paying Specialties for Lawyers that pay Kenyan lawyers the highest income per case.

Highest-paying Specialties For Lawyers In Kenya:

Medical lawyers make one of the highest median wages in the Kenyan legal field.

A large number of Kenyan attorneys in this field specialize in representing hospitals and medical corporations, handle medical malpractice claims or personal injuries.

IP attorneys, they mostly specialize in patents, trademarks, and copyrights.

They work in large firms or in-house for big tech companies in Kenya on the frontlines of protecting intellectual property from infringement.

Trial attorneys in Kenya make more money because the work of a trial attorney requires the lawyer to be excellent in oral communication skills, fluent and persuasive in speaking, excellent in memory and also the ability to think on their feet.

Also Read:  List of Cheapest SUV To Insure In Ontario 2022

A lot of effort is required from the attorney to win a case, not mentioning the strong knowledge in statutory law and the ability to use precedents to guide the outcome of their cases.

Corporations and large companies in Kenya pay an enormous amount of money for attorneys who are skilled in Kenyan tax laws to protect their assets and create a tax savings plan.

Corporate lawyers in the country provide their clients with counsel on business transactions, acquisitions and mergers, the sale of businesses, and legal advice on running a corporation, also sourcing venture capital, creating new corporations, and advising clients on the buying and selling of corporate assets.

Kenyan Lawyers who are in any of the above fields make millions of money, allowing them to easily join the millionaires club in the country, in just a couple of years, after graduating from law school.

With that being said, below is the list of the top ten Kenya’s Richest (Highest-paid) lawyers as of this year.

Here are Kenya’s richest lawyers ranked down with no particular order.

Fred Ngatia who is one of the highest paid lawyer in Kenya was born in the year 1971.

Fred Ngatia is among the richest and most wealthy lawyers in the country today.

He is known for defending popular and prominent people in Kenya such as the fourth President of the Republic of Kenya, Uhuru Kenyatta, and mostly winning all the cases.

Cliff Ombeta is one of the wealthiest lawyer in Kenya who makes millions for every case he handles.

He is also one of the best lawyers in Kenya who is loved by his clients and highly recommended for people (clients) who can afford his rates.

The lawyer who owns a suit worth a half a million Kenyan shillings is one of Kenya’s Highest-paid lawyers.

James Orengo is among Kenya’s richest and highest paid lawyers in Kenya today, he has won a number of tough cases that many lawyers in the country couldn’t handle.

Fred Ojiambo is not only one of the richest lawyers in Kenya but he is also a very dedicated lawyer who can manage to handle sensitive cases in court.

Ahmednasir Abdullahi has been the lawyer of quite a good number of respected individuals in Kenya which has increased his net worth overtime, not mentioning how smart he is and excellent in his job as a Kenyan lawyer.

You can not talk about the richest lawyers in Kenya and not mention Donald Kipkorir.

He is among the few Kenyan lawyers who only work with millionaire clients who can afford him.

In Kenya today, Jane Wanjiru Michuki is the richest female lawyer to ever exist in our country.

George Oraro who has defended prominent personalities in ICC and wins almost all his cases is one of the richest and Highest-paid Kenyan lawyer.

Another extremely wealthy Kenyan lawyer is none other than Githu Muigai.

Paul Muite who has over 31 years of experience as a lawyer in Kenya, and counting, is also among the extremely wealthy Kenyan lawyers today.

Those are currently the wealthiest lawyers in Kenya this year.

The list above of the richest and most wealthy Kenyan lawyers has listed the top ten richest lawyers, but with no particular order, they are randomly ranked from the top to the tenth wealthiest lawyer.