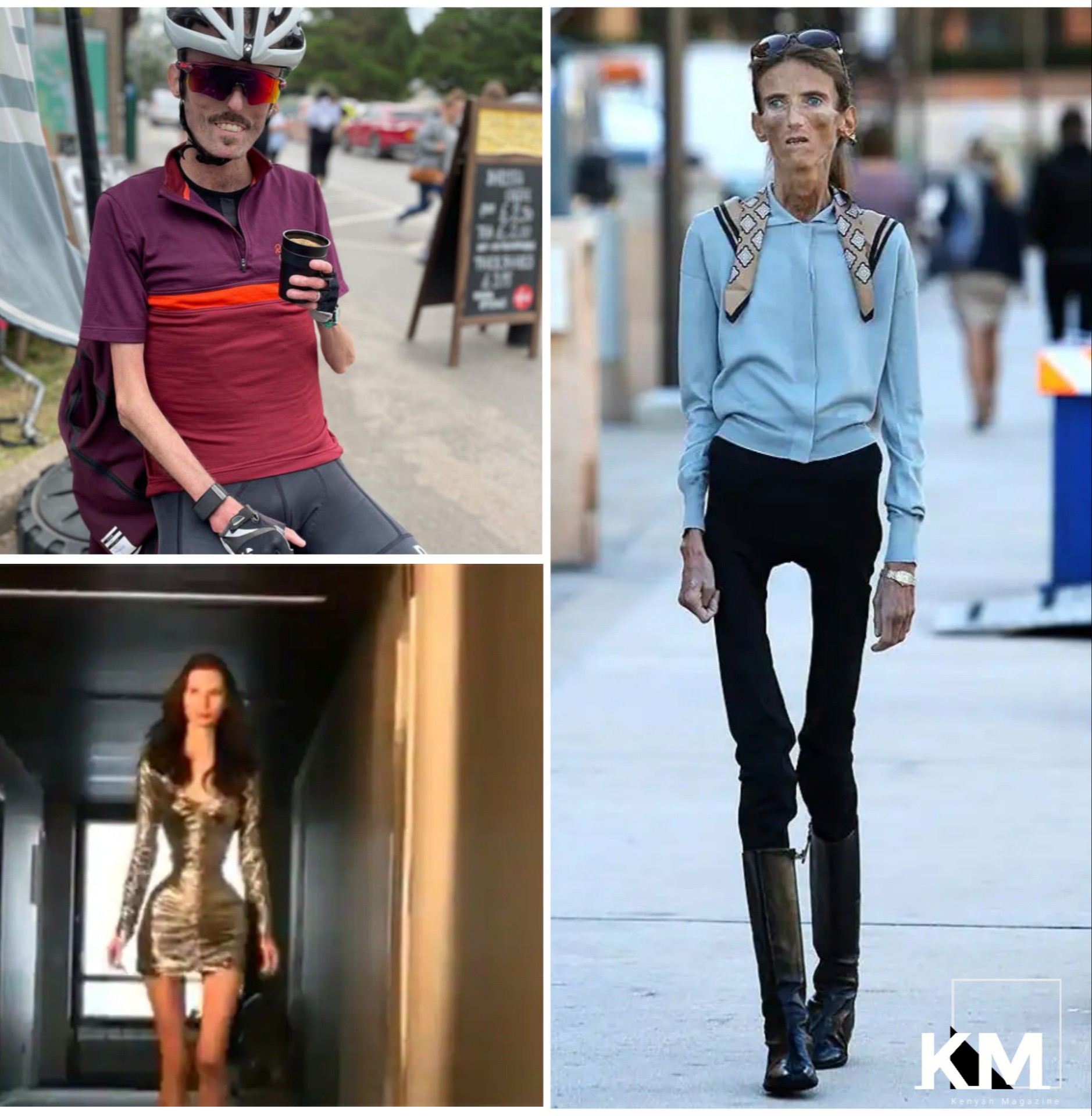 Who is the Skinniest person in the world?.

Here are the ten word’s Skinniest Persons that have the thinnest bodies in the world.

In today’s society it is believed that having a perfect figure and being in the best shape is what is considered the ideal solution to body shaming.

Which means that people get abused and body shamed for being skinnier than what is considered normal.

Some people get into depression for being too skinny but you will also be surprised of how many people also go into the same kind of situation for being ‘fat’.

It all boils down to loving yourself because the world will always judge you no matter how hard you try, just love yourself and let God handle the rest.

In some cases, one is unable to control their body weight because of certain medical condition.

This means that being too skinny sometimes means that something is wrong and you might need to get professional help.

On the other hand, gaining extra weight and being unable to control the fat in your body, for example by going to the gym might also mean something is not right.

With that being said, here are the Skinniest people in the world today.

Tom Stainford due to his rare condition is considered the skinniest man in the world while Valeria Levitin is the skinniest woman alive.

Below are the skinniest and thinnest persons in the world.

Skinniest People In The World:

Professional cyclist, Tom Staniford is among the skinniest people in the world.

He is one of 8 people in the world who suffer from a rare condition that does not allow their bodies to hold any fats.

Born in 1989, Tom is married and living a completely normal life and continues to chase his dreams.

Valeria Levitin who is a girl from Monaco is said to be around 27 kg, which is very small for a woman her age and height. She is currently the skinniest woman in the world.

The former miss Chicago girl’s condition was brought by herself by trying to become attractive but led to irreversible condition.

Cathie Jung is known as the corset queen, She was able to attain her thin waist with consistent use of corsets, which made her the only woman on earth with the the smallest waist.

Lizzie suffers from a condition that makes her very small, In fact, she needs to eat around every 20 minutes to survive and this explains her skinny body condition.

Born in 1989, she suffers from Neonatal Progeroid syndrome which is responsible for premature aging, only three cases of this condition have been reported in the world.

Loana Spangenberg who is apparently the skinniest (waist wise) woman in the world today has a 20-inch waist and a weight of about 84 lbs for her 5ft 6 tall body frame. This condition of hers is thereby considered all natural.

She also lives a normal life and even claims to try eating junk food but nothing changes.

Michele Korbke who is a German girl is said to wore a corset for 24 hours a day, just to force her waist size down to at least 16 cm.

She is one of the few women in the world with extremely little waistline.

Another very skinny woman is none other than model Ann Ward.

She believes that a woman should have the body of her choice and love it unconditionally.

Valeria Lukyanova who is a Ukrainian, considers herself the biggest doll alive.

She is one of the skinniest people in the world today.

On the ninth place is Dita Von Teese who is actually a former Miss Maryland Queen.

She broke the record for being the world’s skinniest person alive.

The world’s skinniest person is as ranked on the list above. Those are the record holders of the skinniest people in the world today.