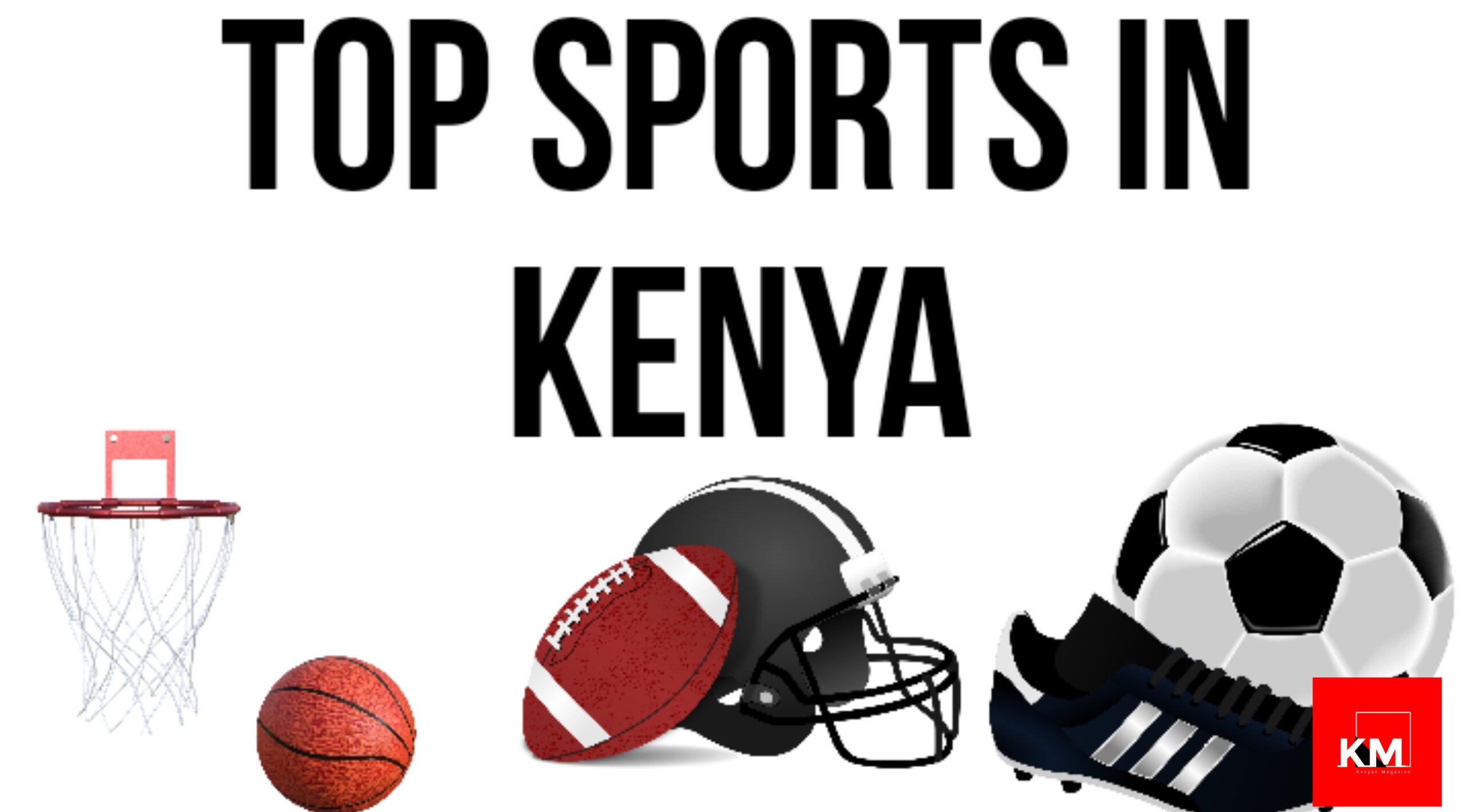 Kenya has a very rich sporting tradition, with top names like Eliud Kipchoge, Victor Wanyanma and David Rudisha amongst the most famous superstars to emerge from the country.

We absolutely love our sports in Kenya.

Whether we are actively involved in sporting activities; or perhaps we are just observing as fans from the outside, we are often invested in one way or the other.

The Top 5 Best Sports In Kenya:

On the global Rugby stage, Kenya may not be the first nation that pops into mind, but the sport is quite big here in Kenya.

The popularity of Rugby in Kenya can be traced to the success of the country’s Rugby Sevens team, which reached the semi-finals of the World Cup in 2009 and 2013.

The Shujaa, as they are fondly called, finished third in 2009, and have been the recipients of the men’s Team of the Year at the Kenyan Sports Personality Awards on multiple occasions.

With local tournaments like the Safari Sevens keeping the local calendar busy, the sport continues to grow in Kenya.

Volleyball owes its popularity in Kenya majorly to the vast success of the women’s team.

Kenya has won the Africa Women’s Volleyball Championship more times than any other nation on the continent, while the team has also regularly featured at the Olympic Games and World Championships.

Women’s club Volleyball has also been thriving in Kenya, with our clubs combining for more African titles than any other nation on the continent.

The exploits of the Kenyan women have inspired many young girls to take up the sport and aspire to be like their heroines.

The men’s team has not quite been as successful with the national side yet to win a medal at the African championships.

While Kenyan teams haven’t done particularly well in continental and global events, basketball remains one of the most popular sports in the country, thanks in major parts to the NBA.

The NBA is the strongest and most followed basketball league in the world, and Kenyans, like their colleagues across the globe, are ardent fans of the competition.

Kenya has qualified for the Men’s AfroBasket just a handful of times, with our best finish being 4th place in 1993. The women’s team share a not too dissimilar story. Their best performance was fourth in 1997.

We aren’t exactly the best in this sport, but we are ardent observers and followers of the game.

Kenya is a global force in Athletics, especially the long-distance events.

Along with East African rivals, Ethiopia, Kenya is the most revered nation in the world when it comes to long-distance running.

The great Naftali Temu became Kenya’s first Olympic Gold medallist in the 1968 Games in Mexico City, and the country’s athletes have hardly looked back since then.

Till date, Kenya has over 100 Olympic medals, with a vast majority of them coming from the tracks!

Given the reverberating success Kenya has had in Athletics, you may be forgiven for thinking Track and Field is our No. 1 sport, but that isn’t exactly the case!

Indeed, there is a strong argument for Athletics to be considered as the No. 1 sport, but the incredible following football enjoys is second to none in the country.

To get an idea of just how popular football is, think about the millions of Kenyans that bet on the sport! The best betting sites in Kenya cover all the biggest football tournaments, including local events like the Kenyan Premier League.

We may not be the best at football, but Kenyans are heavily invested in our national football teams and club sides.

Beyond the local scene, Kenyans are huge fans of European football, even though we are miles away from where the main action is!

All over Kenya, you will find fans of Manchester United, Arsenal, Chelsea, Barcelona and all other top clubs proudly proclaiming their love for these European clubs.