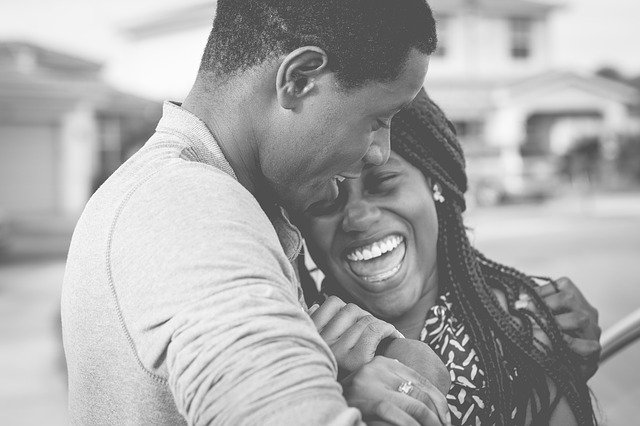 Here are proven 6 Habits Of Women That Men Find Irresistible

Men may seem like the strongest humans emotionally, but deep down, they still have feelings just like women do. No matter the age of a guy, there several habits that women have that drive men insane.

Before we go any further, these are NOT habits that are in any way connected to sexual activity.

For a long time, it has been believed that men are only attracted to women’s physical beauty. How women dress, how they look, how they smile and all the general appearance of a woman. But that’s not the case actually.

A man will get more attracted to a woman who has certain habits that he can’t resist.

One thing men love but will barely admit is a woman who can talk a lot of sense in a man’s life. Nothing will make a guy feel lucky than finding a woman who changes the way he views life.

Men appreciate women who can hold mature conversations. Instead of making a man feel like he is the only one who is supposed to make decisions in almost everything, you as a woman, should show him that you understand the situation and help him make right the decisions.

Conversations can really go a long way, if a guy feels like he has someone he can rely on when having complicated decisions to make. A man will never put himself in a position to lose such a woman.

2: Resting Your Head On His Chest

Women with these kind of habits are definitely driving men crazy without even knowing it. When you rest your head on a guy’s chest. It makes him feel like a real man. He feels like his trusted and seen as a protector.

It’s hard for a man to tell you to rest your head on his chest, but when you do it without him asking you to. That definitely makes him feel better as a man.

Listening. Nothing better than a woman who can listen. I know it is said that men should be good listeners to their women. But did you ever think about how it feels when no one listens to you.

Men find women who are good listeners irresistible. Women who listen to what a man is saying and try to understand them, makes men feel understood. A guy will not show how much he values a good listener, but when it comes to choosing. A man will definitely choose a good listening woman over a beautiful one.

Nothing matters to a man like a woman who can understand him. If a man and a woman can listen to each other and understand each other. That bond is unbreakable.

Life is to short to always be serious. You need to let go sometimes and enjoy life as it is. Men find women with humor irresistible.

Also Read:  5 Ways To Tell If a Girl Truly Loves You

Having fun and enjoy life a little bit sometimes, has never hurt anyone. Men enjoy the company of women who find humor in almost everything. A man may not admit it, but if you are keen enough, you will notice a guy will want to hang out with you more if he feels genuinely happy being around you.

5: Checking Up On Him

Now this is a huge one. Checking up on a guy frequently will drive him crazy towards you. Men really appreciate women who start conversations and ask them how their day was.

Men will most of the time hide how they feel. But if you can check up on a man frequently and get him to tell you how he is doing. You have a higher ranking on that man’s life more than you can ever imagine.

Men find women who text first, call them from time to time and sometimes ask them out on a friendly hangout or a date completely irresistible.

Who doesn’t like to be appreciated? As much as men act like they don’t really care about receiving compliments, nothing makes a man feel good than being told how good they look. Complement his haircut, his outfit, his voice and always tell him how nice he is.

If you want cmant to dive a guy crazy.. Complement him in public, complement him in front of his friends. It will really make his day. Just make sure you do it naturally without overdoing it. Make it feel real and you really meant what you said, that’s an irresistible habit from a lady a guy can’t resist.

Also Read:  7 Reasons why Guys pull away when you let them in

Guys may not show how much they appreciate women with certain habits, but that doesn’t mean they don’t actually find the habits irresistible. Try out some of these habits and watch how many men you attract in your life.

If you have a boyfriend, husband or a guy best friend. Nothing will drive them crazy than these kinds of habits especially coming from you