Richest Kenyan YouTubers: Making Over Half a Million Per Month 2022 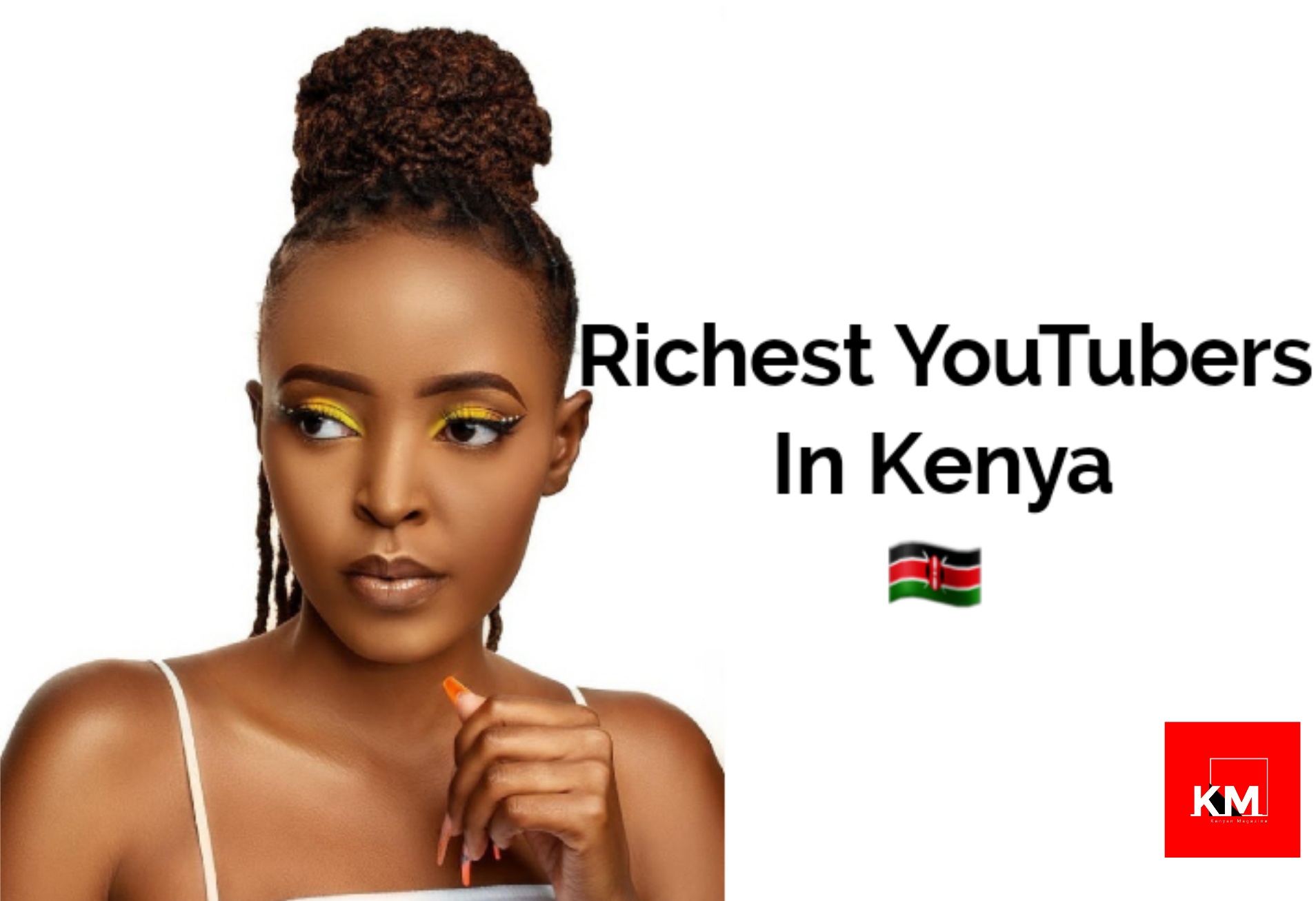 Who is the highest paid YouTuber in Kenya?.

Kenyan YouTubers who get millions of views and thousands of new subscribers daily are actually among the highest paid youtubers in the country.

In Kenya, the more popular your YouTube channel gets the more your brand grows and the larger your check from YouTube.

Every single month, these YouTubers make nothing less than Ksh. 500,000 straight in their banks directly from Youtube.

In today’s generation, youtube has made many young people millionaires especially international YouTubers.

As a matter of facts, a new record was broken recently buy the famous YouTuber Mr. Beast.

Forbes reports that the YouTuber earned a cool KSh 6 billion, which is the most amount of money any Youtuber has ever made since the beginning of youtube.com.

In Kenya, there are also a number of YouTubers and talented content creators on YouTube who make millions of money in a good month.

Here is the list of the top highest paid Kenyan YouTubers today.

Top Richest Kenyan YouTubers Making Over Half a Million Monthly.

The talented YouTuber earns an average of KSh 1.5 million monthly from her videos.

Sometimes even more during a good month with many viral videos.

Njugush, whose real name is Timothy Kimani, rose to fame after featuring in the popular television show The Real House helps of Kawangware.

Felix Odiwuor, popularly referred to as Jalang’o or Jalas, rose to fame after featuring in the local series Papa Shirandula which was aired on Citizen TV.

He was a former radio host at Kiss 100 before quitting the station to join politics.

Today, Jalang’o is currently among the top highest paid and the richest youtubers in Kenya making nothing less than Ksh. 600,000 per month.

Miss Trudy who’s real name is Getrude Awino Njeri is not only among the highest paid YouTubers in Kenya, but also currently the best lifestyle content creator in Kenya.

These are some of the top highest paid YouTube stars in Kenya.