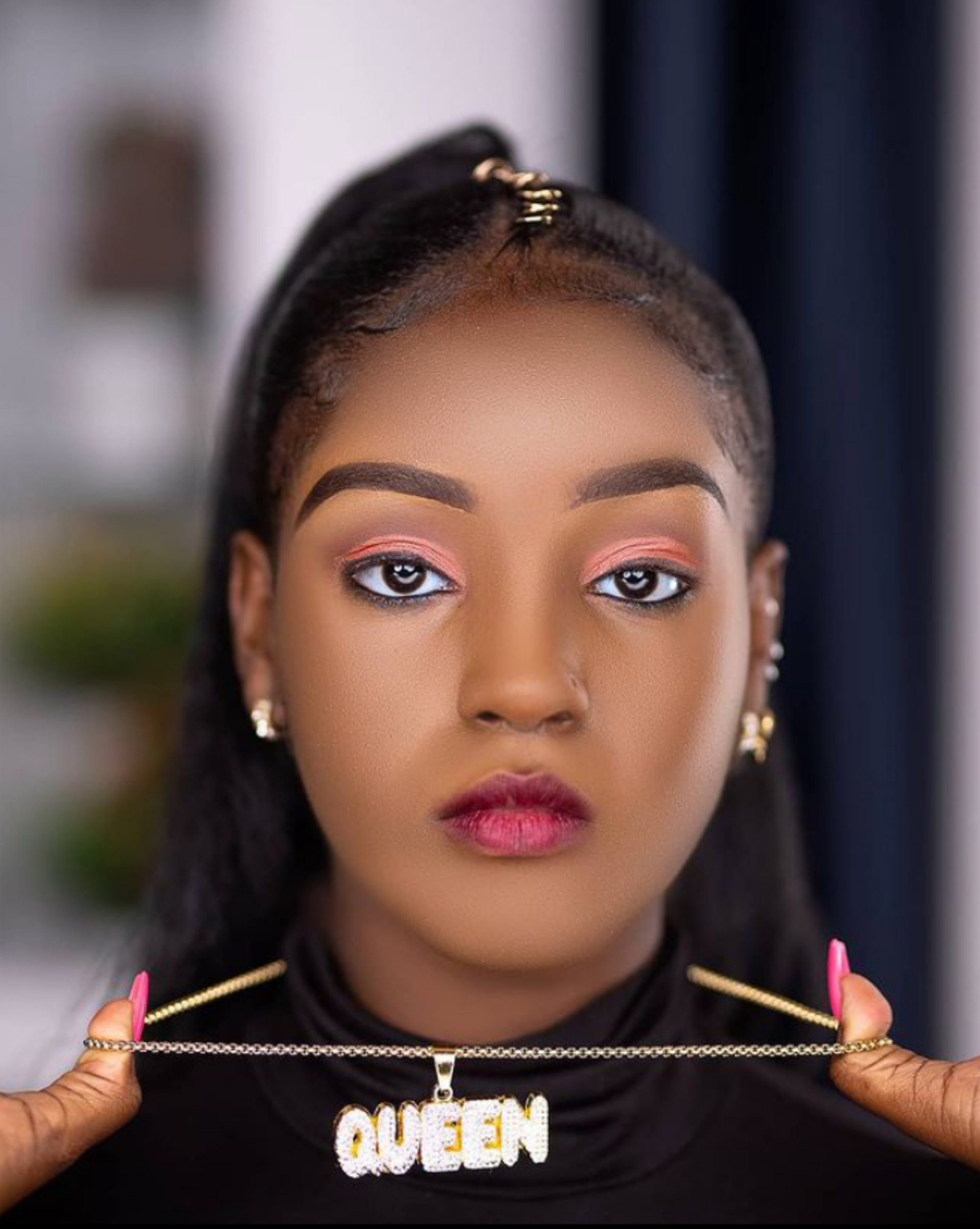 Kenyan 20 year old socialite (wanna be) Shakila has gained a lot of controversy after she claimed that she has been in bed with more than 30 celebrities who are allegedly kenyan celebrities.

Her name started being the talk of the town as she started trending in Kenya, mostly for the wrong reasons.

As she continued to get more and more popular in Kenya, Shakila and Xtian Della broke the record on Instagram by having the highest number of people watching their Instagram Live.

Shakila’s popularity landed her into various TV shows in Kenya, with the popular show being on Switch TV, Chat Spot.

A few months down the line, the beautiful 20 year old joined Eric Omondi’s #WifeMaterial. An online reality show where comedian Eric Omondi is looking for a wife to marry, he had 9 kenyan women to choose from.

One of them being the one and only Shakila.

The show ended with Eric Omondi finally getting a wife who was Carol from band BECA.

This meant that Shakila had lost the chance to become Eric Omondi’s wife. And she wasn’t happy with the decisions Eric Omondi and Kenyans had made.

So she decided to stop the wedding, Shakila later interrupted the wedding of Eric Omondi and Carol causing a lot of drama in the wedding.

WATCH THE FULL VIDEO AT THE BOTTOM OF THIS POST

Shakila’s popularity has grown rapidly after being in the public eyes for almost an year now.

So how old is Shakila?

Also Read:  Kata Simu Tupo Site!: Here Is What You Need To Know About the Viral Comical

Shakila is now 20 years of age, she became popular in Kenya when she was 19 years.

Shakila was born in Jamhuri estate, Nairobi. She is the first born in a family of three children.

Shakila says she had a very strict childhood life and that she was not allowed to own not even a mobile phone.

She saved enough money and bought one for herself, but only used it at night when her parents were asleep.

Who are the parents of Shakila?

Shakila’s parents are both infamous despite their fast born daughter taking over Kenya’s social media.

Shakila revealed she only loves her mom because her dad is so strict, she can not take it.

Speaking at Jalang’o TV, the 20 year old socialite said her mother is like her best friend.

Surprisingly, she admitted that she gets approval from her mother before posting her pictures on her Instagram page.

She also added that, after her video with Dela, her mom called her and she was in tears asking why she did that… Of which she told Shakila never to do something like that in public again.

Where did Shakila go to school? What course is she pursuing?

The first born of three children, Shakila, is a first year student pursuing a course in Networking and Web Development.

Although she hasn’t put her education life so much to the public, you can tell she is working on her future.

What did Shakila do? Why is she famous?

Shakila isn’t famous for necessarily good reasons, although she has worked on changing how the public and kenyans look at her.

Shakila fame come after stating that she has slept with kenyan big celebrities, she mentioned that she has allegedly been in bed with:

Shakila claimed that Victor Wanyama paid her Ksh. 700,000 to sleep with her. The footballer denied those allegations and Otile Brown threatened to sue her if she wasn’t going to come clean.

“ I have given you two hours to retract the statement and apologize because I have never met you and I don’t even know who you are, ” – Jones Said.

To her reply, Shakila apologized only to Khaligraph.

Refused to apologize to the rest of the celebrities. According to her, she did not see a reason to apologize for allegedly saying the truth.

She apologized to Papa Jones saying:

“I’m being forced to do this public apology cause I damaged @khaligraph_jones public image by whatever that I said yesterday due to influence of alcohol and reverse psychology. Papa Jones am sorry. The rest mentioned were true.” – Shakila wrote.

She claimed that the rest of the celebrities actually slept with her. Allegedly.

Shakila also recently got in trouble with Willy Paul after allegedly forcefully entering his house at night. She was arrested but later released.

She wrote on her Instagram story that she was set up by musician Willy Paul.

The 20 year old later apologized to everyone and said that she will never repeat that ever again.

After failing to win Eric Omondi Wife Material. She would have been married to Comedian Eric Omondi.
But she was among the participants who lost the race.

Also Read:  Here Is Why Eric Omondi Was Arrested

Which means as of now, Shakila is not dating or Married. She is not seeing anyone either.

Here are the latest photos of Shakila Kenya.