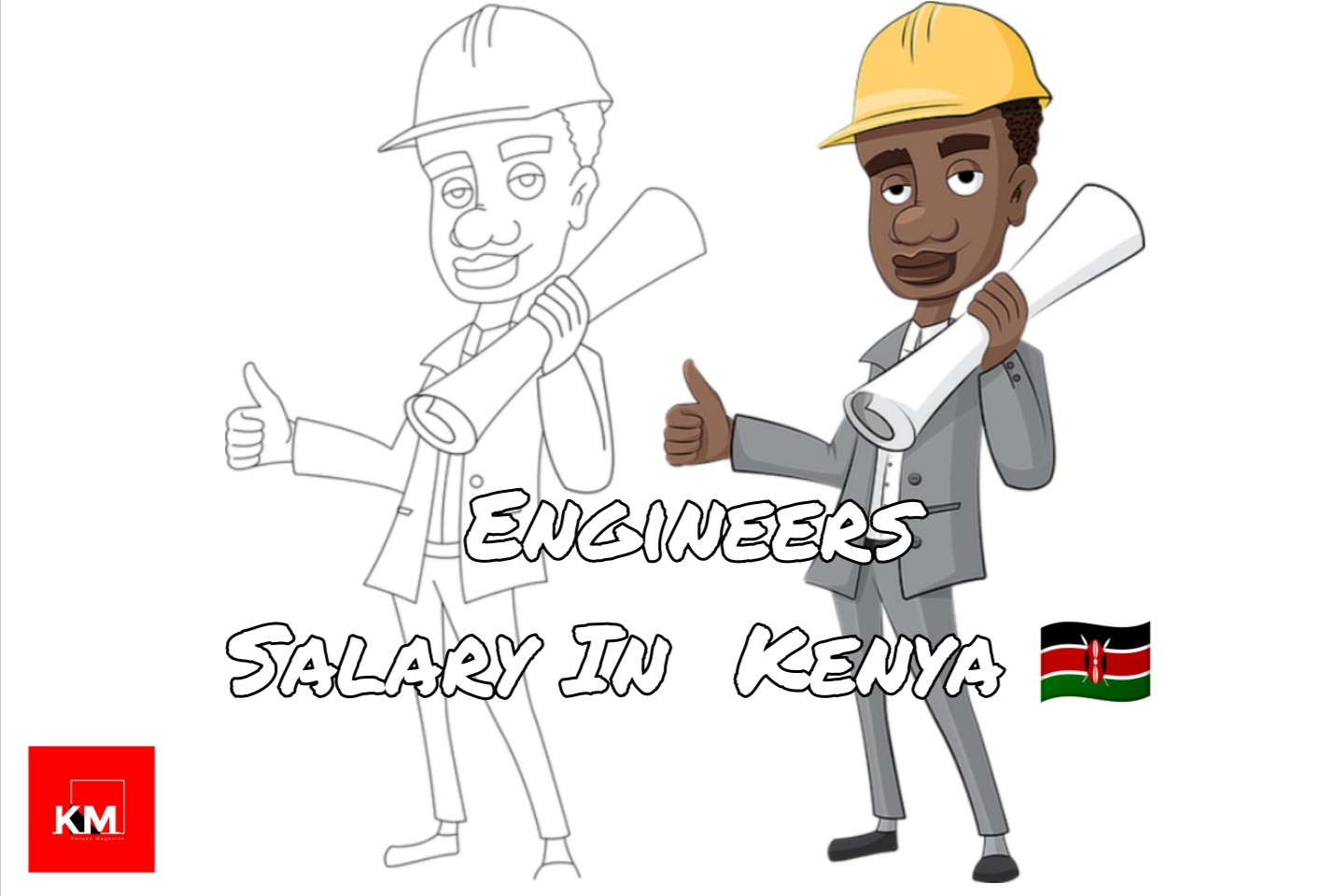 How much does an Engineer in Kenya make per month as their monthly salary?

An Engineer in Kenya will make a decent amount of money every single month because of the technical skills and knowledge that comes with being an Engineer.

We can all agree that Engineering is one of the top careers of all time, and in Kenya that is still the case.

In general, an Engineer in Kenya today makes a lot of money, there is no doubt about that, but as you might already know, Engineering is a large part consisting of small different fields or categories.

Some of this Engineering Categories or Fields include;

Structural Engineering among others.

These different Engineering Areas (Fields) will play a huge role on an Engineer’s Salary in Kenya.

There are even more smaller but mighty Engineering Fields/Jobs such as;

Optimization Engineer among others.

Organization and companies may most of the time hire engineers from the above categories to work in their companies.

As you can see by now, the amount of salary an engineer earns will highly depend on where or which category/field they are attached in.

With that being said, let’s take a look at the average monthly salary of an engineer in Kenya today.

If you want to become an engineer in Kenya, this is how much salary you can expect.

But always remember that highly experienced Engineers especially in Kenya make a lot of money than the new Engineers in the industry.

Salary For Engineers In Kenya:

A new Engineer, and by new we mean an Engineer who has recently graduated or started working.

A new engineer in Kenya will make nothing less that Ksh. 40,000 per month.

Earning less than Ksh. 40,000 in Kenya as an Engineer is considered an underpay.

PhD Holders are the highest paid Engineers even without much experience.

Experienced Engineers in Kenya with high education will make nothing less than Ksh. 400,000

Depending on the company and the years of experience, a qualified Engineer makes around Ksh. 600,000 to 1.3 Million every single month in Kenya.

Remember that these salary are highly dependent on the field of engineering an Engineer is qualified for and the company.

Not mentioning that Engineers get to enjoy other benefits such as high allowances.

Safaricom PLC is said to pay their Engineers nothing less than Ksh. 100,000/month excluding allowances and other benefits of working at Safaricom Kenya.

Other companies in Kenya that pay their Engineers decently are;

This means that making good money as an Engineer in Kenya depends on the company or organization you will work for as a Permanent Employee or working on Contracts.

An Internship Engineering student in Kenya will make around Ksh. 15,000 monthly.

But if an intern student lands in a good or high tech company in the country, they can make up to Ksh. 20,000.

Below is how different Fields of Engineering make per month as salary.

Average Engineer Salary According To The Engineering Job:

The good thing about working for companies as an Engineer in Kenya are the high bonuses, allowances and other benefits.

But Engineers can make even more money by starting and running their own businesses in Kenya.

A successful Engineering Business can make over Ksh. 3 Million every single month.

There you have it, that’s how much an Engineer in Kenya makes as their wages (monthly salary).

Also Read:  Richest (Highest-paid) Teachers In India and Teachers Salary 2022
Place this code at the end of your tag:
Subscribe To Our YouTube Channel