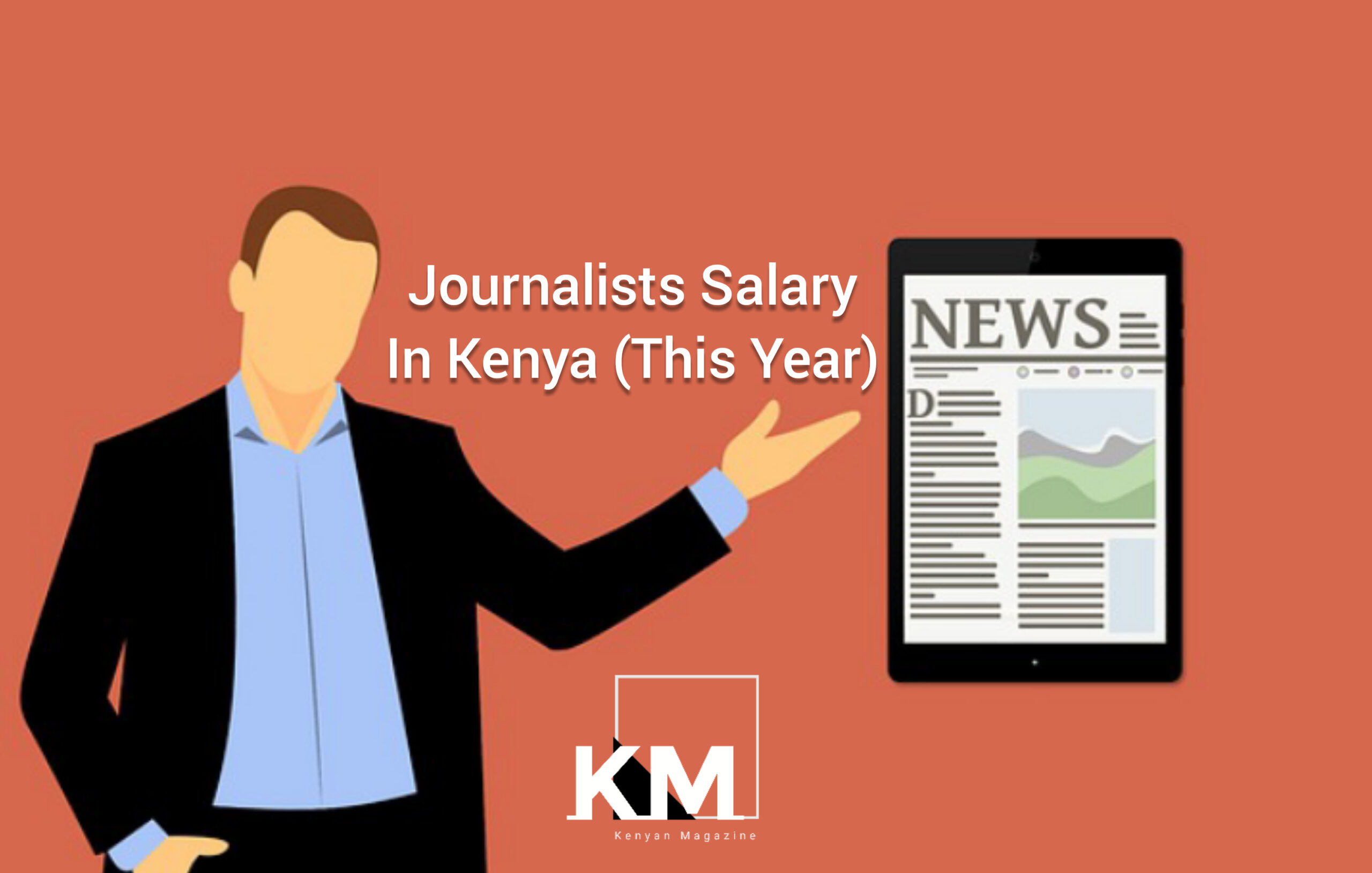 How much can you make as a Journalist in Kenya this year?

We can all agree that after the pandemic hit our country back in early 2020, a lot of people lost their jobs and others were forced to receive a slashed salary every end month.

The Journalists in Kenya were not left behind as many media houses in Kenya got affected by the pandemic.

In Kenya, all Journalists working in various Media Houses in the country received a 20% to 50% pay cut on their salary.

In this article we are going to look at the average monthly salary of Journalists in the country this year.

If you are thinking of becoming a journalist in Kenya, here is how much money you should expect to earn monthly depending on the media company you work with among other various factors such as education level and experience in the industry.

In Kenya, the average salary of a Journalist will range from Ksh. 50,000 to around 2 Million Kenyan Shillings. (Not Including The 20% to 50% Pay Cut)

A Journalism career is one of the most highly rated careers in Kenya today. Journalists in Kenya earn a very decent amount of money every month and that increases with time as one continues to gain more knowledge and experience in their field.

Big Media Companies in Kenya such as;

The Standard Group (which owns KTN)

Kenya Broadcasting Cooperation (which owns KBC) among others pay all their journalists very well.

It is known that a Journalist working at Royal Media Services and Nation Media Group, Media Companies in Kenya earn nothing less than 120,000 per month, and it goes up to around 2 Million Kenyan Shillings.

Jeff Koinange’s salary is higher than other journalists in Kenya because of his experience, skills, influence and great interviewing skills.

He has also worked with big international media companies such as CNN.

Below are the top Journalists in Kenya according to their monthly salary.

The salary indicated below is an estimation of how much the Journalists makes monthly working as a journalist in the country NOT including the 20% to 50% pay cut.

Salary For The Top Journalists In Kenya:

As you can tell from the above information, in Kenya, the level of experience and the value you can add to a media house in Kenya, the more money you will receive every end month.

The good thing about becoming a journalist in Kenya is that, the more you grow in the industry, the more you get recognized by big media companies in Kenya and they are more likely to offer you more pay if you join them.

As a Journalist in Kenya, the salary of a journalist is highly dependent on experience and skills, but even though you don’t have those just yet, you can still make a turn of money monthly if you work with the above mentioned big TV and Radio stations companies in the country.

Below are more information about Journalists in Kenya and the Joutnalism Career.

Qualities Of A Good Journalist:

What qualities make a good journalist who is more likely to get hired in a good media company and deliver their work effectively.

For one to be considered a great journalist, below are the qualities and skills required.

Also Read:  How To Withdraw Money From KCB BANK Account To M-PESA (3 Methods)

Media Houses in Kenya are always looking for talented and self motivated Journalists to work with, if you are an aspiring Journalist in Kenya, always look for opportunities and be the first to one grab if any comes your way.

The more you grow as a journalist in Kenya, so does your salary.