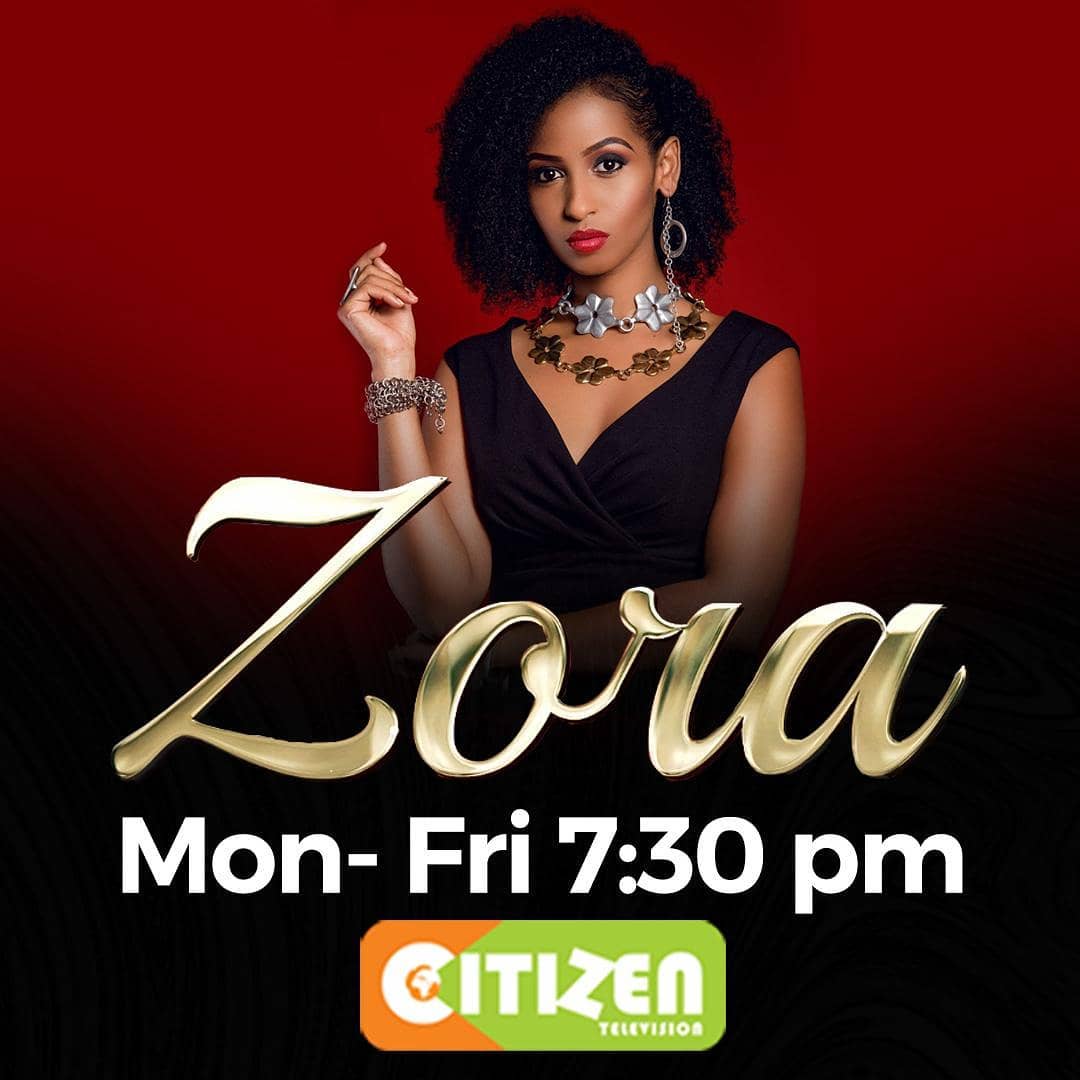 The new Citizen TV series that is set to take the TV entertainment drama by storm.

As the TV show Zora premiered on Citizen TV on the 22nd of March 2021, Kenyans are pretty much expecting the show to be as fun and irresistible to watch as Maria.

Maria Series has had quite a good number of Kenyans talking for the past few years since its kick off back in 2019.

Her real name is Sarah Hassan. She has played as the main role in Zora series as “Zora”. She has featured in popular TV shows such as:

Sarah Hassan was also the host of the “Wedding Show” on Citizen TV.

She is also a kenyan model, mother and her husband’s name is Martin Dale.

Zora has a number of well known actresses and actors playing different roles in the series.

In this article we have listed all the actors and the actresses of Zora Series on Citizen TV.

But first, here are a few things you should know about the TV show “Zora”.

Where To Watch Zora Series;

Zora airs on Mondays to Fridays at exactly 7:30PM to 8:00pm (East African Time) only on Citizen TV.

They are both news TV presenters at Citizen TV.

As a matter of fact, Maria Series was also created by Lulu Hassan and her husband Rashid Abdalla.

How Long will Zora air on Citizen TV;

Maria Series aired on Citizen TV for almost three years, before it came to an end.

Since the same team that created Maria Series is the same team that has created Zora Series, the expectation of when the series will end might be relatively the same to Maria, though that is NOT confirmed. It might take more time or less time than Maria.

Zora – Simba (Ryan Mwenda) is the son of Zora (Sarah Hassan), Simba causes a lot of problems literally everywhere he goes in the Ghetto.

As a good and responsible mother, Zora trys her best to stop her son Simba from being a problem maker in the streets.

But Simba’s grandmother always seconds his bad doings and will always try to defend Simba when Zora is trying to discipline her son.

The grandma goes to an extent of telling Simba how worse Zora was, than him, as a child growing up.

But apart from that, Simba is a really good boy, he loves and supports his Mom Zora to the fullest. Simba is the only child Zora was blessed with in her marriage to Fella (Robert Agengo), Fella, who is the husband of Zora does not appreciate his beautiful wife and caring Son, all he does is hurt his wife by doing unspeakable things even in front of his own Son Simba, but Zora always trys to hide Fella’s bad behavior from Simba.

Despite the fact that Zora is going through a tough time in her marriage, she is lucky enough to have Nana (Jackie Matubia) her best friend who loves her to death.

Nana is always doing whatever she can to help her friend Zora, sometimes it doesn’t work sometimes it does. But, one day Zora will meet someone new, a man that is set to put a smile back on her face. His name is Madiba (Blessing Lung’aho).

When Madiba and Zora lock eyes for the very first time, the plot twist will hit, and It will be like love at first sight.

Zora has a couple of well known actors and actresses in the Kenya film industry.

The first actress is Jackie Matubia.
Jackie is a Kenyan TV personality, an entrepreneur and a talented actress.

She was married to Kennedy Njogu but they sadly broke up back in 2019. The two were blessed with a beautiful daughter by the name, Zari Wanjiku.

Other familiar faces in Zora series are;

You might be wondering who are the actors of Zora?. Here is the answer.

Who acted (featured) on Zora TV series on Citizen TV;

Here are all the on people who have acted in Zora.

Below are the actors and actresses of Zora, their real names and the role they currently play in the series.

Zora Series on Citizen TV cast real names, role played and their respective stage names in the TV show are all listed below.

Zora Kenyan Series is a production of Jiffy Pictures. And it is directed and acted by Kenyans.