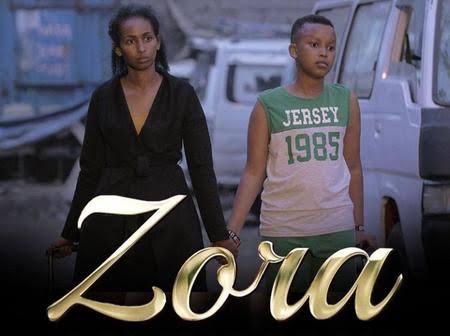 As the popular Citizen TV series Maria came to an end, Citizen TV has already reviled the next show that will replace the famous Maria.

The TV show is expected to start tomorrow (Monday), the 22nd of March 2021. And the show’s name is ZORA.

The TV series “Zora” has replaced Maria in terms of time of airing and the days it will be airing on Citizen TV.

This means that Zora Series will air on Citizen TV five days of the week, from Monday to Friday, and the repeat of that week’s episodes will be aired on Sundays in the afternoon.

Just like Maria, Zora fans will be tuned in on Mondays to Fridays from 7.30PM (EAT) only on Citizen TV.

The show will be aired on Citizen TV for 30 minutes, which means every episode will end at 8:00PM (EAT).

Zora series is expected to be the next big thing in the TV Drama sector.

With that being said, Zora Citizen TV show has an interesting number of actors (cast). Some of Zora actors and actresses are popular characters in Kenya and they have appeared in some of the most watched TV shows in Kenya.

On this article we have listed the popular actors in Zora Drama that are most likely going to be recognized by any Kenyan who has watched TV shows such as:

The TV series, Zora which is also created by the creators of Maria, who are, Lulu Hassan and her husband Rashid Abdalla has featured some of Kenya’s popular actors and actresses, unlike Maria which was full of basically new faces in the scene.

Here are some of Zora on Citizen TV casts that you might have already watched or heard about before.

If you want to view the full list of Zora actors (cast), their real names, age and roles, click here: Zora Full Cast

Below are the actor’s and the actresses’ real names, we have also included the TV shows they have been featured in, in the past.

-Featured As: Thomas, in Maria

These six Zora cast have been on our screens way before Zora.

Others actors include Robert Agengo and Ryan Mwenda.

With big names already featuring in the series, the show ‘Zora’ is highly anticipated by Kenyans to be even more interesting and enjoyable to watch than Maria.

Citizen TV is known for airing amazing shows for years, and with the most amazing shows being Kenyan TV shows which are played, acted and directed by Kenyans and in Kenya.