How To Join Recce Squad Kenya: Requirements, Duties and Recruitment 2022 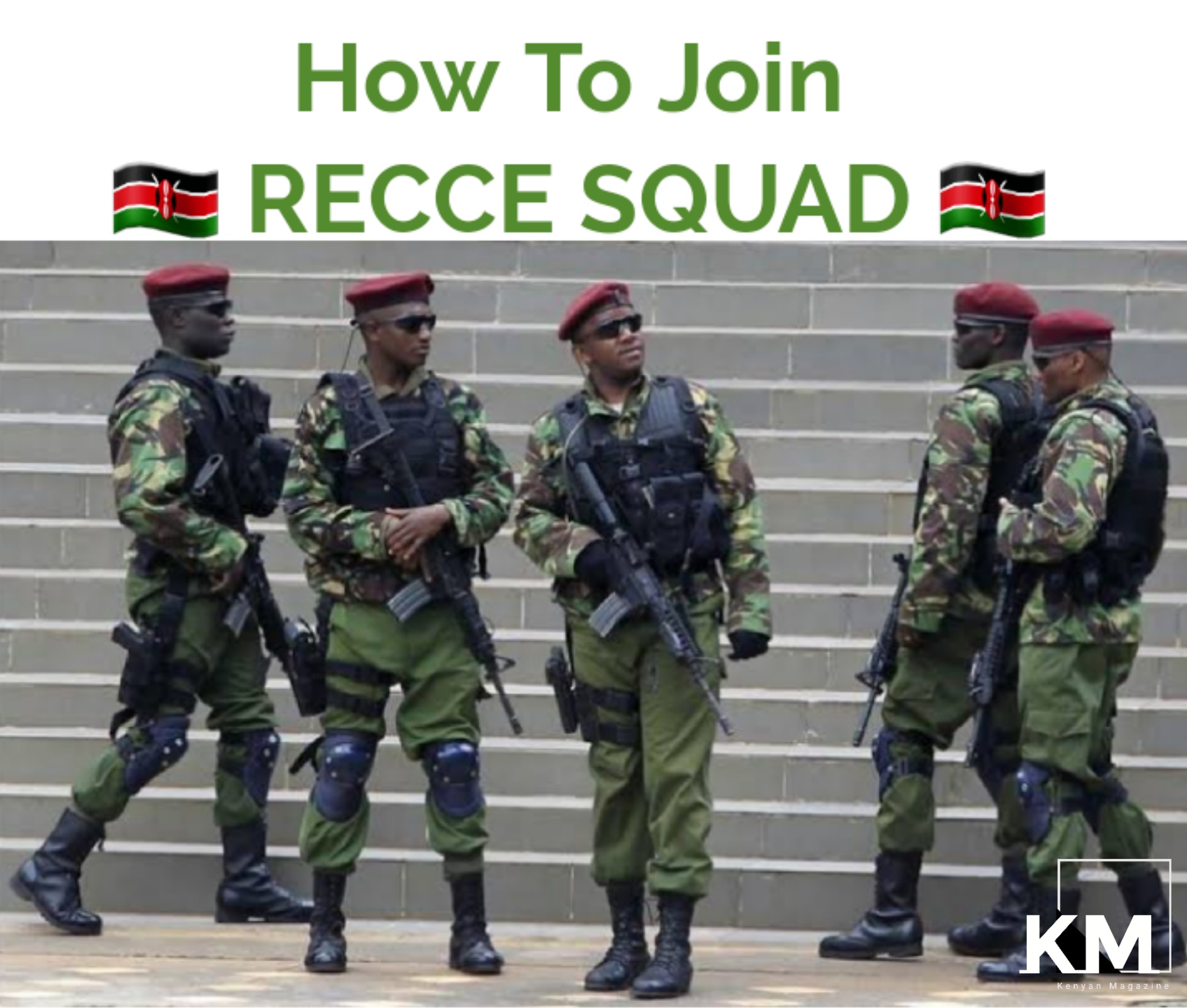 Do you want to join one on the toughest special unit squad in Kenya?.

Here is everything you need to know about becoming a Recce Squad.

When it comes to highly specialized weapon equipments and tactics, the Recce Squad are the most powerful police unit in Kenya.

The Recce Squad Unit is the same squad that guards the President Of The Republic Of Kenya.

How long is the Recce squad training?

They undergo specialized training for 7 months before going abroad for further studies.

These are the basic requirements for one to join Recce squad in Kenya;

Be at least a high school graduate in a Kenyan school

Be a young male (women are allowed depending on different factors)

Be a Kenyan citizen

You must be between the ages of 18 and 30 years

Must have a clean record (no previous criminal offenses)

A minimum qualification of D+ in the Kenya Certificate of Secondary Education with a D+ in Kiswahili or English languages.

Holders of KCSE certificate or its equivalent

He or she should be fit mentally, physically and medically.

For female candidates, they should not be pregnant during the process of recruitment or the entire period of training.

Providing security to the president and the statehouse

Undertaking escorting duties and anti-poaching operations in the country

Preventing lawlessness and cattle rustling in various regions in Kenya

Countering acts of terrorism and insurgencies

That’s what you need to join the GSU Recce Squad in Kenya this year.

Find out how much (salary) Recce Squad GSU make per month by visiting this updated Salary Scale of the Recce Squad.