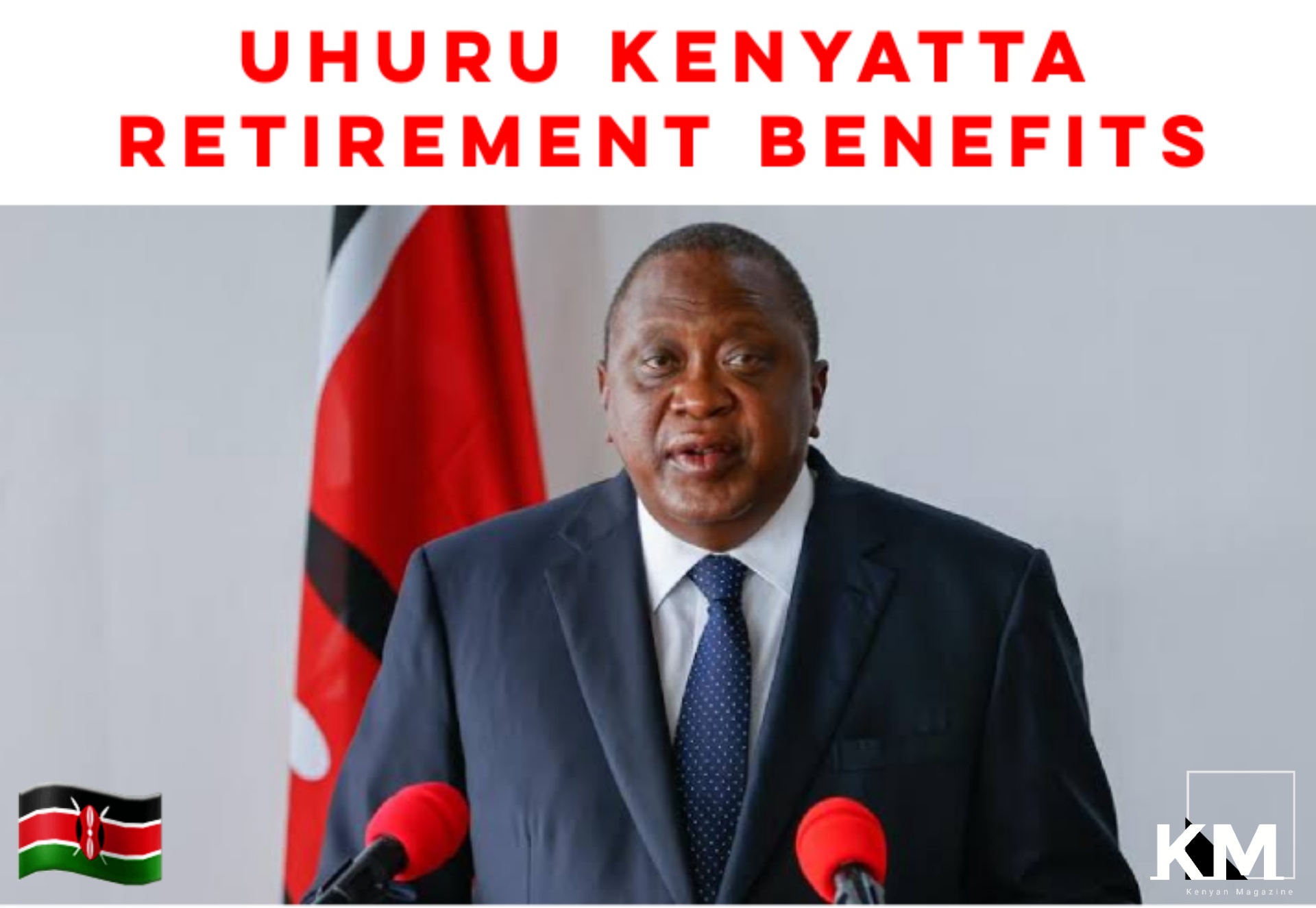 Here are all the benefits that Uhuru Kenyatta will take home after retiring as the president of the republic of Kenya.

In the Retirement Package of Uhuru Kenyatta, he is going to benefit a lot receiving multi-million benefits according to the presidential retirement benefit act.

As a Kenyan president, when you have served all your terms as the president and its time for you to retire.

You are going to get a retirement package that is filled with mind blowing benefits.

For Uhuru Kenyatta, these are the benefits he will go home with after officially leaving the State House.

These are the benefits that Uhuru will start enjoying immediately after leaving office.

Also Read:  Top 10 Cheapest Countries To Fly To From Kenya 2022
Place this code at the end of your tag:
Subscribe To Our YouTube Channel